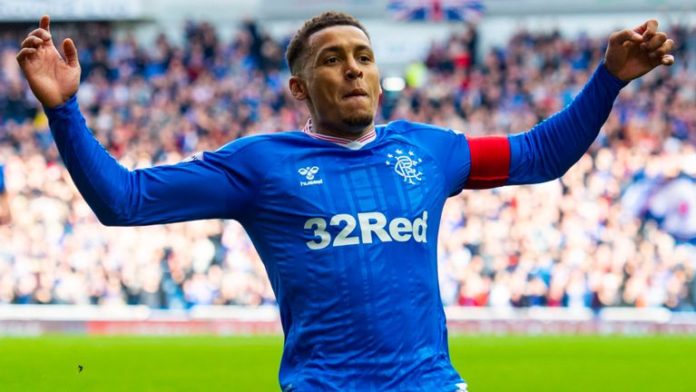 Tavernier: “We’ve got to get three points every week and take it right down to the wire”

James Tavernier says Rangers will treat all of their remaining games like cup finals as they try and topple Celtic and win the Scottish Premiership.

Rangers can go a point clear of Celtic at the top of the table if they win their game in hand, following last month’s excellent 2-1 win in the Old Firm game.

Speaking during the club’s warm-weather training camp in Dubai, captain Tavernier told Sky Sports News the target for Rangers is to try and win each of their 19 remaining league matches this season.

“We’ve got to take that [win at Celtic Park] and keep pushing and keep working hard,” the Rangers skipper said.

“I believe the consistency is there for us this season, so we have got to take it game-by-game and approach every game as if we are playing Celtic.

“We’ve got to get three points every week and take it right down to the wire.”

‘We’re in a great position’

Rangers were beaten by Celtic in December’s League Cup final but with the Ibrox side still in three competitions, Tavernier says there is plenty left for the team to play for.

“I think we’re definitely on the right path,” he said.

“We are in the last 32 of the Europa League, which is obviously a great achievement. We are where we want to be in the title race.

“It’s unfortunate we didn’t get any silverware in the cup final but we’re still in the Scottish Cup and we play Stranraer [in the fourth round], so we’re in a great position at the minute.

“We’ve just got to keep working hard and pushing forward.”