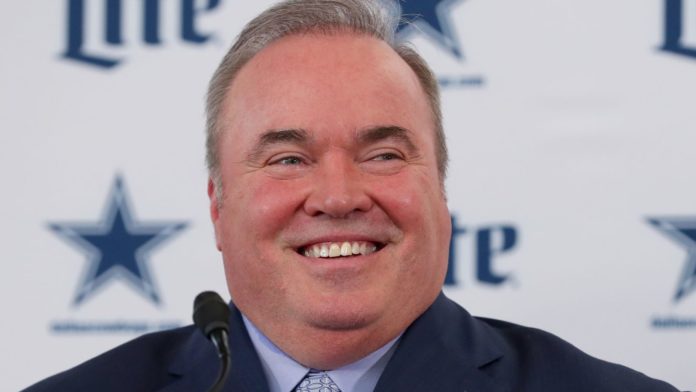 The Dallas Cowboys newly hired head coach Mike McCarthy says his experience with the Green Bay Packers can help him flourish with another of the NFL’s iconic franchises.

McCarthy’s return to the league was confirmed on Tuesday, as Cowboys owner Jerry Jones gave the 56-year-old his first job since being sacked by the Packers in December 2018.

“You look at the great coaches that have been here,” McCarthy said as he was introduced to the media on Wednesday.

“The Super Bowl champions. All the Hall of Fame players. You look at the great quarterback play here. There’s a lot of similarities that I feel that I can use in this particular situation.

“I am honoured to be the steward of this iconic franchise. I told Jerry (Jones) this in the interview, that I will take care of that honour and privilege and that responsibility. Because I understand it. And I know what it takes.”

McCarthy oversaw a lengthy period of success at Lambeau Field, reaching the playoffs in nine of his first 11 seasons, including Super Bowl XLV victory in 2011.

While the poor results that led to the end of McCarthy’s tenure in Green Bay have led some to question his appointment in Dallas, Jones sees his new coach’s mixed experience as a positive.

“One of our primary goals in selecting the head coach of the Dallas Cowboys was to focus on a proven team builder and winner,” Jerry Jones said.

“In Mike McCarthy we found a coach who not only checked those boxes, but also has the experience of taking an NFL team to the biggest stage, a Super Bowl, and completing the job.”

Just as McCarthy had with Aaron Rodgers in Green Bay, the Cowboys believe they have their franchise quarterback in Dak Prescott, the 2016 NFL Offensive Rookie of the Year who ran the league’s No 1 offense in his fourth season.

Prescott is a free-agent-to-be after finishing his rookie deal as a fourth-round pick. There’s no question where he will be in 2020, only whether it’s on the franchise tag or a long-term deal that’s been in the works for a year.

“I’ve always been impressed with him,” said McCarthy, whose Packers beat Prescott as a rookie in the divisional round.

“You’re going to able to run the whole offense and then some. I think he has an incredible foundation to build off of.”