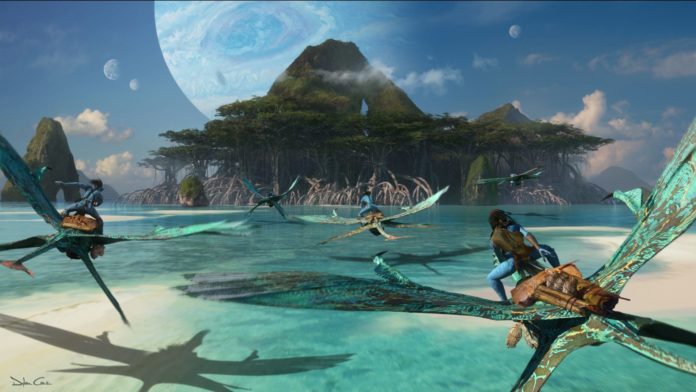 Avatar fans can take their first glimpse of Pandora in new images from the hit film’s sequel.

Pictures showed four locations in Pandora, including one with floating rocks and another showing flying banshees heading towards a rocky outcrop of trees.

Na’vi can be seen in all the images, and large moons hover in the sky.

The post offered fans a “sneak peek at what’s to come”, promising: “In the Avatar sequels, you won’t just return to Pandora – you’ll explore new parts of the world”.

Images of a sleek, black electric concept car inspired by the movie were also shared on the feed.

Designed by Daimler-Benz, it uses a fully recyclable organic battery in place of fossil fuels.

As it’s a concept vehicle, it will not be available for the general public.

It’s been 10 years since the original Avatar film was released, proving both a success at the box-office and with the critics.

It was the highest-grossing film of all time until it was knocked off the top spot by Avengers: Endgame last year.

Cameron has previously said the pioneering nature of underwater motion-capture technology is to blame for the delay to follow up films in the franchise.

The director has said he is planning four sequels in total, released at two-year intervals.