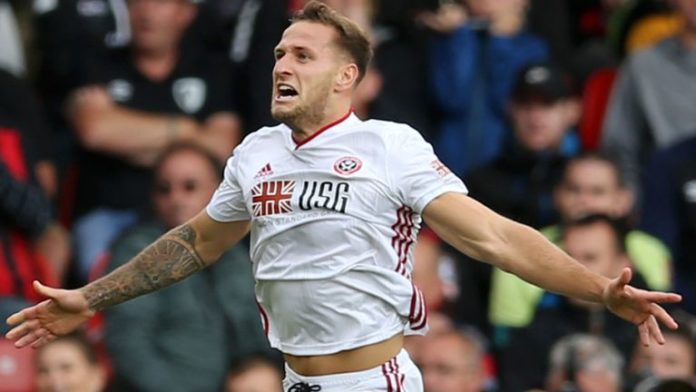 Chris Wilder is convinced West Ham will climb the Premier League table under David Moyes as his Sheffield United side prepare to face the Hammers on Friday.

West Ham appear rejuvenated under Moyes after wins against Bournemouth and Gillingham in the Scot’s first two games in charge.

Asked if they will be a different proposition to the team that drew 1-1 with the Blades in October when Manuel Pellegrini was manager, Wilder replied: “I believe they will be, yes.

“It will be a different type of game to the one in London. There’s a different manager, a different message going into the players. They had a fabulous performance and result in their first game and then won away in the FA Cup.

“Looking at the manager’s CV and what he’s done, David Moyes is a hugely-respected figure in the game. His record from Preston to Everton for all those years was incredible – Everton were top six continually.

“The vast majority of his career he has been successful. With the attributes that he will bring to a talented group of players, I wouldn’t bet against them staying up.

“We will be playing a West Ham team that has designs on climbing the table and I’m sure they will do that under David Moyes.”

Wilder: Players will leave in January

Wilder also named five players that could leave Brammall Lane during the January Transfer Window although the Sheffield United boss remains hopeful he can add a few new faces to his squad.

“There are boys going out,” Wilder confirmed.

“Richard Stearman [is likely to be one]. Kean Bryan needs games, Leon Clarke, Jake Wright and Ben Heneghan [are all available].

“If we receive bids from anybody, we’ll always assess them and do what’s right for the football club.

“And we have positions we need to strengthen. We’re not [going to be] bringing in four, five or six players.

“The group is good at the moment, they are in a good place. It’s an important window and it’s just a tinker and hopefully we can do that in January.”

Wilder says he will also allow Billy Sharp to make his own decision about whether or not he leaves the club this month.

A handful of Championship sides have enquired about the availability of the Blades captain, who has started only one Premier League game this season.

“I spoke to him about three weeks ago about it, knowing what would come up in January,” the Sheffield United boss added.

“If I was in the Championship and needed someone to give us a boost in January and score us some goals between now and the end of the season and saw that Bill Sharp wasn’t playing at Sheffield United then I would be asking the question.

“But we need him here as well between now and the end of the season so our need is just as big, if not bigger, as those clubs in the Championship.”