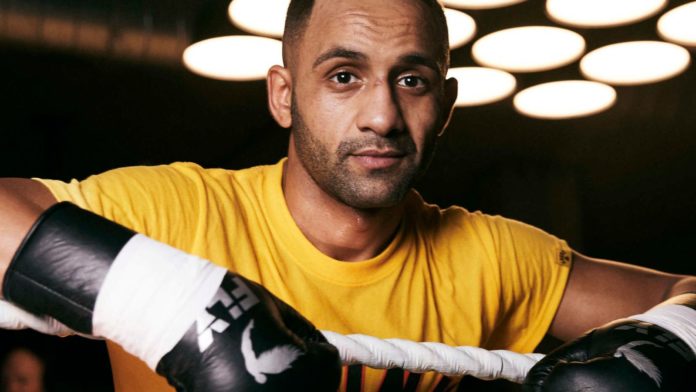 “The end goal is to fight for a world title. Hopefully against Warrington”

Kid Galahad has told Josh Warrington that he won’t “leave it to the judges” in a world championship rematch.

EYES ON THE PRIZE ?@KidGalahad90 is putting talk of a rematch with @J_Warrington to one side as a tough test awaits on February 8 #GalahadMarrero
? IBF Final Eliminator pic.twitter.com/y9FqtCCijZ

Sheffield’s Galahad must beat Claudio Marrero on the undercard to Kell Brook vs Mark DeLuca on February 8 in his home city, live on Sky Sports, to become the mandatory challenger to the IBF featherweight title.

That could earn Galahad a chance to avenge his only career defeat, a split decision to current champion Warrington. However, Warrington could unify his gold with WBO champion Shakur Stevenson in his next fight.

“Hopefully [Warrington vs Stevenson] does come off because I’d then fight for both titles, if they don’t vacate,” Galahad told Sky Sports.

“I’d like Warrington to win. At the end of the day, he’s a fellow Brit.

“The end goal is to fight for a world title. Hopefully against Warrington.”

Galahad said about his controversial loss to Warrington: “He knows he lost that fight. Has it taken the edge off him? I don’t know. But in the back of his mind, he knows that he lost.

“You can’t leave it to the judges.

“He’s on his path and I’m on my path – I can’t underestimate Morrero.”

Marrero, from the Dominican Republic, has a 24-3 record and is chasing his first world title shot.

“Marrero is a dangerous opponent. Very well seasoned. It is going to be a tough fight for me.

“I’ve always believed that I’m at [world championship] level but people now believe in me more. People around me knew that I belong at this level.

“It will be an exciting fight because he’s coming to win. But whatever I’ve got to do to secure that world title shot, I will do.”

Galahad’s final message to rival Warrington was: “I’m coming. But this is a very tough fight for me, and I need to be fully focused to do a job on this kid.”