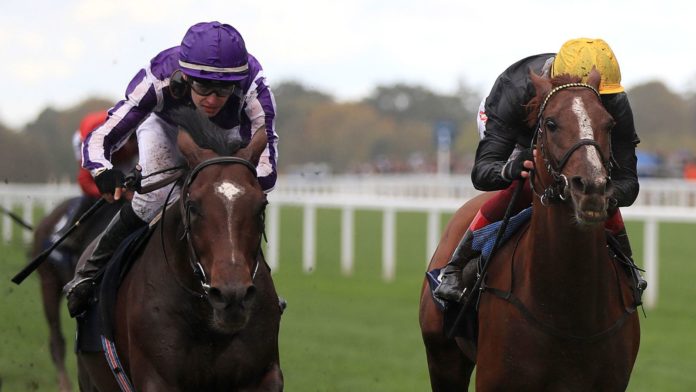 Donnacha O’Brien is looking forward to saddling his first runners at Dundalk on Friday.

The 21-year-old brought his relatively short but sweet riding career to an end in late November, having been crowned champion jockey in Ireland in each of the past two seasons.

He rode a total of 10 Group One winners, including four Classic victories aboard Saxon Warrior and Magna Grecia in the 2000 Guineas at Newmarket, Forever Together in the Oaks at Epsom and Latrobe in the Irish Derby at the Curragh.

O’Brien rode his first winner aboard Quartz for his father Aidan at Dundalk in September 2014 when he was just 16 – and will officially commence his training career by sending out two runners at the County Louth venue on Friday evening.

“We’re looking forward to getting started and it’s going to be interesting,” said O’Brien.

Both of O’Brien’s Friday runners were formerly trained by his father and carry the colours of his mother, Anne-Marie.

“Both horses look to have little chances. They hold no secrets and are fairly well exposed at this stage, but hopefully they’ll run well,” O’Brien added.

He said: “We have 30 horses in at the moment. It’s plenty at this stage, but it’s manageable.”