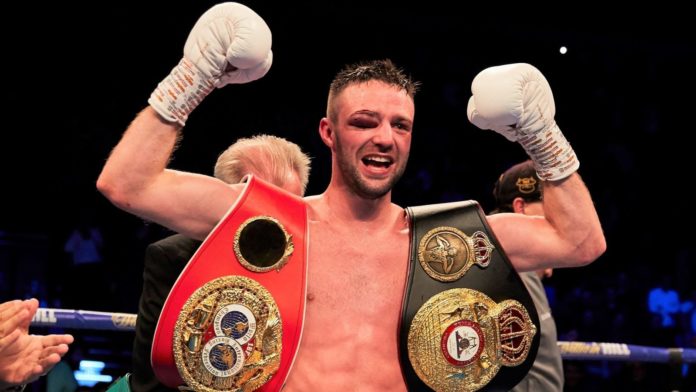 Josh Taylor has taken a big step towards an undisputed world title fight against Jose Ramirez after signing a multi-year deal with Top Rank.

Scotland’s unified super-lightweight world champion has joined the same promotional team as Ramirez, which could pave the way for a blockbuster battle between the rival belt holders.

Taylor defeated Regis Prograis in the World Boxing Super Series final to add the WBA belt to his IBF title in October, while Ramirez holds the WBC and WBO belts after a stoppage win over Maurice Hooker in July.

“Josh Taylor is one of the world’s best fighters, and he is a fight fan’s fighter, a tough guy willing to fight anyone we put in front of him,” said Top Rank chairman Bob Arum. “Whether it’s Jose Ramirez in a fight for the undisputed junior welterweight title or any of the welterweights out there, he’s ready for the biggest challenges.

“I want to thank Josh’s advisors at MTK Global, who have the same goal as us, which is to make him an international star.”

Terence Crawford, the WBO welterweight champion, could also become a future opponent for Taylor, who is delighted to link up with Arum.

“A new year, a new decade with lots of new beginnings, and I’m starting this new decade with a big bang,” Taylor said. “2019 was a huge year for me, but 2020 looks set to be even bigger and I’m delighted to have signed a deal with Top Rank and ESPN and an advisory contract with MTK Global.

“I believe I am with the best team to take my career to the next level. I couldn’t ask for a better partnership, and I know the future looks bright with this team lighting the way.”