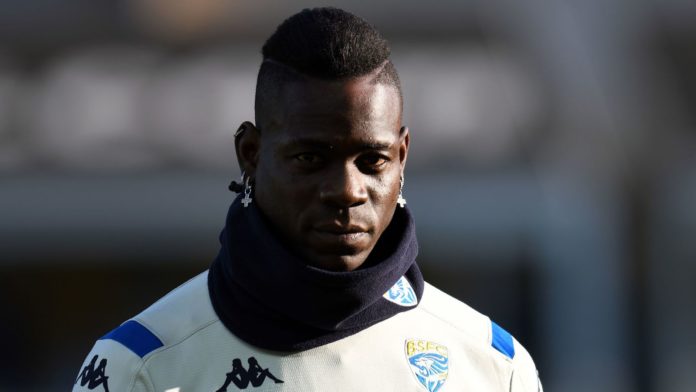 A 38-year-old man who racially abused Brescia striker Mario Balotelli in a Serie A game has been given a five-year football banning order from Italian police.

Balotelli kicked the ball towards opposition fans who targeted him with abuse and threatened to walk off the pitch during their league clash at Hellas Verona on November 3.

The man who allegedly started the racist chants at the Stadio Mario Bentegodi has been now identified by the Verona police station and has been handed a European-wide Daspo, the Italian equivalent of a football banning order (FBO).

He will not be able to attend sporting events in Italy and in the European Union territory until 2025 and has also been banned from entering specific areas in Verona attended by supporters during matchdays.

The 38-year-old, who is a resident in Agrigento, southern Italy, was identified by CCTV pictures and eyewitness accounts by police officers present at the Serie A game, and is not thought to be part of any Verona fan group.

Hellas Verona were issued with a part-stadium ban over the incident, although the sentence was suspended after the Serie A club exercised their right to appeal.

Balotelli was targeted by Lazio fans with racially insulting chants last weekend, and the Rome-based club were fined 20,000 Euros (£16,972) on Wednesday.