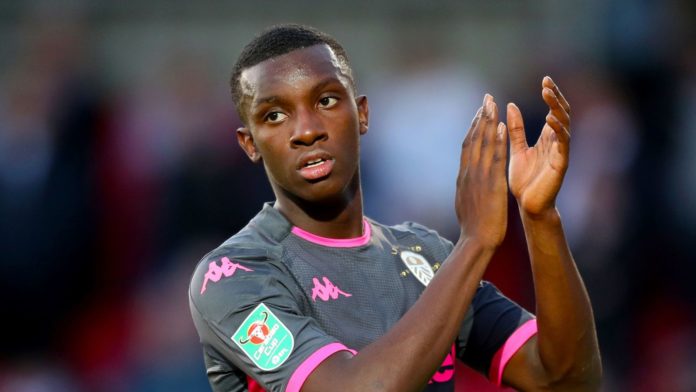 Leeds boss Marcelo Bielsa says the club are seeking a replacement for Eddie Nketiah after the on-loan striker was recalled by Arsenal.

Nketiah initially joined Leeds on a season-long loan, scoring five goals in 19 appearances in all competitions, only four of which were as a starter.

But his parent club Arsenal decided to recall him early with his last game for Leeds coming in the New Year’s Day draw with West Brom.

Leeds are now in the hunt to find a new back-up to main striker Patrick Bamford and are reported to be interested in Sheffield United’s Billy Sharp, who is free to move on this month.

Bielsa said: “I don’t know the reasons that made Arsenal decide Eddie doesn’t continue with us.

“But, if the reason is that he didn’t play enough, nobody can guarantee a player the quantity of minutes he will have – and nobody can say to one player that he is not going to have competition in the position.

“We are satisfied we chose him because in two opportunities he removed (Patrick) Bamford from the XI who started.

“His performances were very good.

“Arsenal and Eddie chose Leeds to prepare him to compete with one player, Bamford, as our goalscorer and we did all this. Two times he got what he was looking for.

“The opposite is, if we said to him that he was going to play in any way. We didn’t say this and we never said this, because we cannot feel this.

“Nketiah was a brilliant option for us. Now we are going to look for one option that has to be very good as well.

“The same or better than Nketiah, but it’s necessary to know about the process, the time needed.

“We are not going to choose one player that justifies us in front of the public, but doesn’t make us strong as a team.”