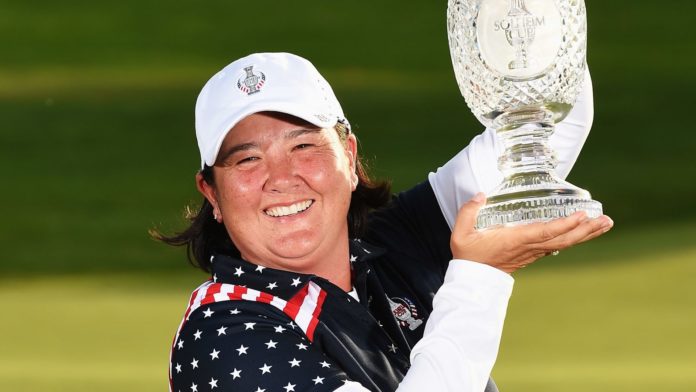 “Now that I’ve been blessed with this great honour and awesome responsibility, I’m giving it all I’ve got”

Pat Hurst will succeed Juli Inkster as Team USA captain for the 2021 Solheim Cup in Ohio.

Inkster has skippered the US team for the last three contests, winning twice before Europe snatched the trophy back in thrilling style at Gleneagles in September, with Suzann Pettersen holing a tricky putt for the winning birdie in her final competitive appearance.

The LPGA has announced that Hurst will now take over as captain for the 2021 installment at the Inverness Club in Toledo, while Catriona Matthew will again lead the European team, having proved an inspirational captain on home soil last year.

Hurst made five Solheim Cup appearances as a player and was on the winning team on four occasions, and she has been assistant captain to Inkster for each of the last three editions.

“I thought the call might be coming, but I had no idea if it would be good news or bad news,” said Hurst, 50, in the announcement from the LPGA.

“For the last six months, I’ve been thinking that my time as an assistant Solheim Cup captain in 2015, 2017 and 2019, some of the greatest experiences of my professional career, might have prepared me to be captain in 2021 at Inverness Club in Toledo, Ohio.

“I loved being an assistant captain; loved what I’d learned and seen being around captain Juli Inkster and all those great players on the last three American Solheim Cup teams. I loved being out on the first tee in that amphitheater setting with sound so loud you could feel it.

“I also loved the strategy and detail, the planning, motivating and relationship building. Juli relied on all her assistants – Nancy Lopez, Wendy Ward and me – to engage with the players and to see who was playing well with whom and what holes suited one kind of shot over another.

“It was a treat for me to learn more about the American players, to see their personalities and how they responded to their team-mates and their captain. And it was a joy to be around Juli. She was a great motivator and communicator. From the first meeting, she would tell players what was going to happen and what they could expect.

“She did the most important thing a Solheim Cup captain can do: she eliminated surprises. Because of that, and because she was such an inspiration, our players would have run through walls for her. Deep down, I hoped for that same opportunity, a chance to take what I’d learned from Juli and put my personal touch on it.

“Now that I’ve been blessed with this great honour and awesome responsibility, I’m giving it all I’ve got. I’ll almost certainly use the pod system again. Why mess with success? And I’ll certainly get out to see more young players, the ones I haven’t had a chance to meet or see play.

“I think I’ve built a lot of trust with the players. I’ll have my own assistant captains and we will make sure players know that we’re there for them. We’ll take care of the details. We want them to go out, play, have fun and make birdies.”