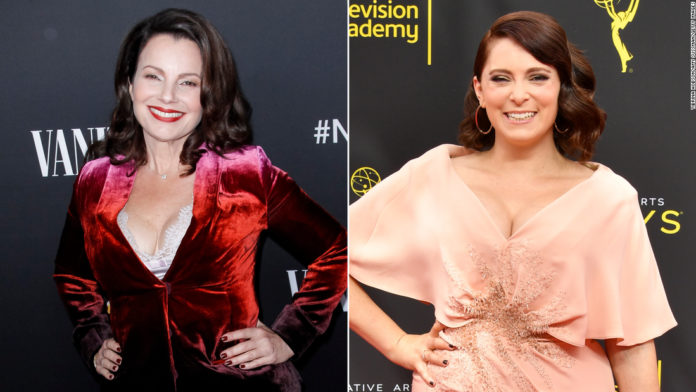 Drescher’s 1990s sitcom will turn into a musical, with the actress and Peter Marc Jacobson teaming up to write the show’s book. “Crazy Ex-Girlfriend” creator and star Bloom will team with Adam Schlesinger to write the music.
Brian Zeilinger and Scott Zeilinger, the father-son producing team who made “Dear Evan Hansen” and “Mean Girls,” announced they are attached to the project. Marc Bruni, who directed “Beautiful: The Carole King Musical,” is set to direct.
“The Nanny” aired for six seasons, from 1993-1999, and centered around Fran Fine, a nanny from Queens with a thick accent and a big heart who goes to work for a family in Manhattan.
Drescher had hinted to CNN back in May that “The Nanny” would be coming back in some form.
“Peter (Marc Jacobson) and I are doing a ‘Nanny’-related project that’s very big, that I think the fans will be thrilled with,” she said, adding that it was not for TV.
Drescher took to Instagram to announce the news, writing, “The Nanny Musical Broadway Bound!”
Bloom wrote, “I CAN FINALLY SPEAK ABOUT MY INVOLVEMENT WITH THIS!”
The show has not yet announced a production schedule.