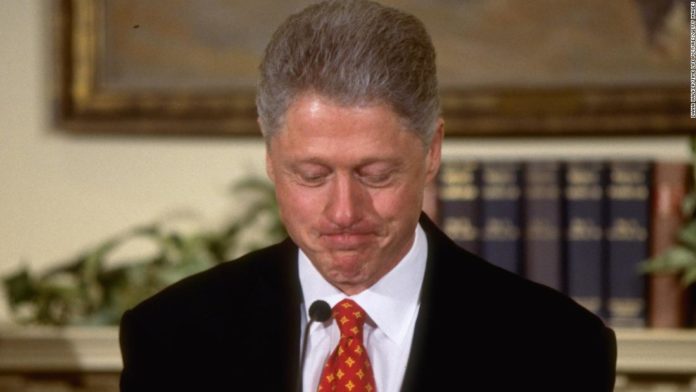 FX Networks Chairman John Landgraf said “Impeachment” has been delayed because of producer Ryan Murphy’s schedule, and not because of the criticism from those who argued that the program would dredge up past criticism of the Clintons right before the next presidential election.
Landgraf, addressing members of the Television Critics Association in Pasadena, Cal., on Wednesday, said the airdate is still to be determined, but that Murphy is otherwise occupied through the spring directing “Prom,” a movie under his new Netflix deal starring Meryl Streep based on the stage musical. Because of that, he’s not expected to complete production until October.
Asked if the decision to shift the announced Sept. 27 date was related to criticism of the miniseries, which is being presented under Murphy’s “American Crime Story” banner, Landgraf said it was “driven by Ryan’s availability.”
Monica Lewinsky, a key player in the Clinton impeachment saga, is serving as a producer on the project. “Booksmart” star Beanie Feldstein and Murphy regular Sarah Paulson will play Lewinsky and Linda Tripp, respectively, while Clive Owen will portray Bill Clinton.
In response to questions about the timing last summer, Landgraf said of the miniseries, “I don’t believe it’s going to determine who’s the next President of the United States,” adding that the reaction was “little hysterical.”
For his part, Murphy said in September that the date wasn’t locked and that he understood the “sensitivities” surrounding the project.
Although he has signed a lucrative production deal with Netflix in 2018, Murphy continues to produce a number of projects for FX. On Wednesday, the network announced three additional season of the producer’s “American Horror Story” anthology franchise.