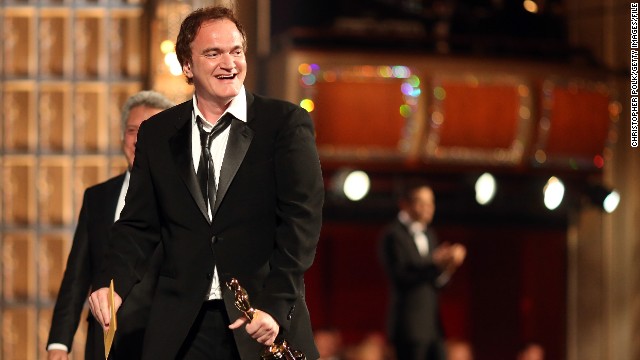 The famous director was once an aspiring actor who landed a gig as an Elvis impersonator on the hit comedy sitcom “The Golden Girls,” which ran from 1985 to 1992.
“One of the jobs I did get, and not because I did a wonderful audition, but simply because they sent my picture in and they said, ‘He’s got it,’ was for an Elvis impersonator on ‘The Golden Girls.’ ” he told Jimmy Fallon on his late-night show Wednesday night.
But it turns out that job had a lot to do with his first hit feature film, “Reservoir Dogs.”
“It became a two-part ‘Golden Girls.’ So I got paid residuals for both parts,” shared Tarantino. “It was so popular they put it on a ‘Best of The Golden Girls,’ and I got residuals every time that showed. So I got paid maybe, I don’t know, $650 for the episode, but by the time the residuals were over, three years later, I made like $3,000. And that kept me going during our pre-production time trying to get ‘Reservoir Dogs’ going.”