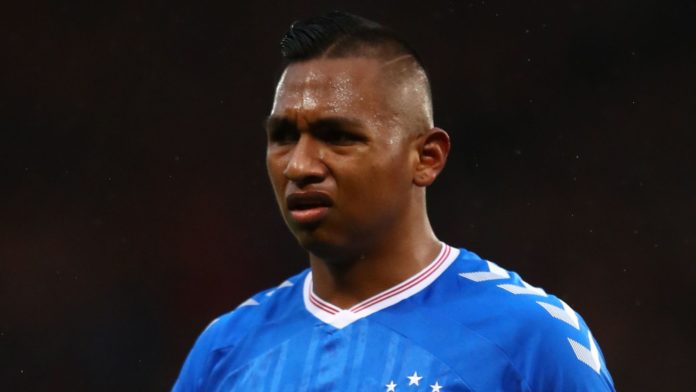 A man has been charged after a hot drink was thrown at Rangers striker Alfredo Morelos during a match against Motherwell.

The incident happened during the Scottish Premiership game at Fir Park on December 15.

Police said a 30-year-old man has been arrested and charged in connection with the incident.

He is due to appear at Hamilton Sheriff Court on January 29.

Morelos was sent off for making a gesture towards Motherwell fans after scoring his side’s second goal in their 2-0 win.

A police spokesman said: “Police can confirm a 30-year-old man has been arrested and charged in connection with an incident at the Motherwell v Rangers SPFL match on Sunday, 15 December, 2019.

“During the match, a hot drink was thrown at a player.

“The man is due to appear at Hamilton Sheriff Court on Wednesday, 29 January, 2020.”