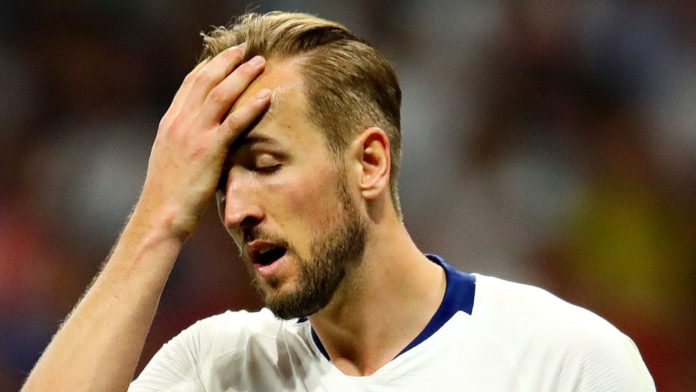 How will Spurs cope without Kane in the Premier League and Champions League?

Losing Harry Kane could barely come at a worse time for Tottenham, who must face some of their biggest games without their talisman.

Spurs confirmed on Thursday that the 26-year-old is out for three months through injury.

Over the past five seasons, Spurs’ win percentage has dropped by nine per cent across the games where Kane has not featured, in almost all cases due to injury – and he faces potentially the longest spell of the sidelines of his career after suffering a ruptured tendon in their 1-0 defeat to Southampton on New Year’s Day.

England captain Kane will also be forced to sit out his country’s two Euro 2020 warm-up games with Italy and Denmark in March, but it’s Spurs who will suffer the biggest loss, facing five key games in their hunt for the top four – and the Champions League itself – without their star striker.

Kane scored inside a minute as Spurs took a shock lead at Anfield in October, although their resistance eventually faltered in a dominant performance from the hosts.

Liverpool have scored in every game they have played since the Merseyside Derby on March 3, so if they keep that record up, Spurs will have to have something in attack to break down a defence which has kept clean sheets in its last five Premier League games.

That would have been difficult enough even with Kane, but Spurs’ challenge as they look to end a run of three games without a win now looks a lot harder.

By the time Man City travel to the Tottenham Hotspur Stadium on February 2, it will be almost four years since Kane’s last goal against the Premier League champions.

He netted in both league games against City back in 2015/16, but since Pep Guardiola’s appointment, Kane has started six games without finding the net once.

City are not at their sparkling best this season, after dropping 14 points off the pace in the Premier League, but they’ve still scored 56 goals, far and away the most in the top flight this season, so Spurs will need their own firepower to be at their best to counteract that threat.

The two legs of Tottenham’s Champions League last-16 tie with RB Leipzig will be tough – the Bundesliga leaders are flying this season and have not lost a game in any competition since October 26.

They don’t have a particularly tight defence, conceding 20 goals in 17 Bundesliga games so far this season, and Kane’s unrivalled goalscoring instincts for Spurs could have provided a big boost in their attempts to mount a Champions League run for the second season in a row.

Tottenham have only won once in 30 years at Stamford Bridge, back in April 2018, with Kane a late substitute as he continued his return from another injury.

There will be even more pressure on the game this season, with Spurs hoping to plug the gap to Chelsea in the race for the top four, and the stakes are as high as they have ever been with pride on the line as Jose Mourinho returns to the club he led to three Premier League trophies.

Chelsea will worry about their porous defence and questionable home record, but Spurs have still won only two league games away from home since beating Fulham at Craven Cottage on January 20 last year – and could desperately do with Kane to improve that record.

By the middle of March, if Spurs do retain hope of qualifying for the Champions League next season, they will still need to be at their best to beat a United side who have already stunned them once this season.

This is not the most dangerous of United sides – you might argue that even teams of the Mourinho or Louis van Gaal eras were harder to beat – but Spurs will have to be at their best and missing their top goalscorer is far from ideal.

Kane suffered an ankle injury against Ole Gunnar Solskjaer’s side when they faced them at Wembley last season, and United went on to win 1-0 that day at Spurs’ adopted home ground.