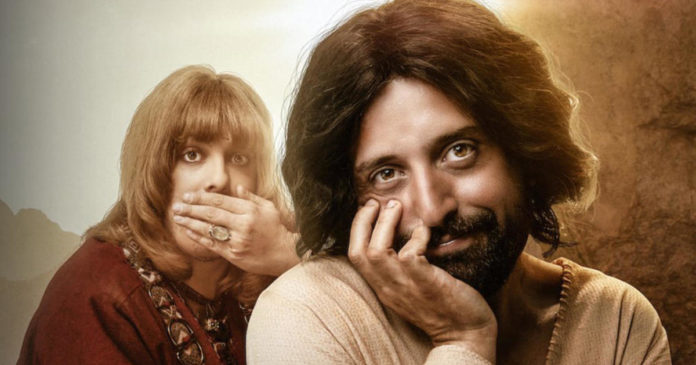 A Netflix Christmas special depicting Jesus as gay has sparked controversy since its release. On Wednesday, a Brazilian judge ordered the streaming service to remove it entirely.

According to The Associated Press, Rio de Janeiro judge Benedicto Abicair ruled the “blasphemous” satire film must be removed, following a successful petition by a Brazilian Catholic organization and backlash from Christians across the country. As of Thursday, “The First Temptation of Christ” is still available on Netflix.

“Jesus, who’s hitting the big 3-0, brings a surprise guest to meet the family,” the film’s description on Netflix reads. “A Christmas special so wrong, it must be from comedians Porta dos Fundos.”

Conservative groups around the country were outraged by the concept of Jesus bringing home a potential boyfriend to meet his family. Even the son of conservative Brazilian President Jair Bolsonaro criticized the film on Twitter.

Brazil is home to more Catholics than any other country in the world, and conservative politicians have grown increasingly popular under Bolsonaro. Removing the program “is beneficial not only to the Christian community, but to Brazilian society which is mostly Christian,” Abicair said.

“This right to freedom of expression … is not absolute,” he added, according to BBC News.

The special was created by Rio-based film company Porta dos Fundos. The company’s headquarters was attacked with Molotov cocktails on Christmas Eve; nobody was hurt.

“We will move on, more united, stronger, more inspired, and confident that the country will survive this storm of hatred and love will prevail along with freedom of expression,” the group tweeted after the attack.

“We strongly support artistic expression and we’ll be fighting to defend this important principle, which goes to the heart of great storytelling,” a Netflix spokesperson told CBS News on Thursday.

The ruling contradicts an earlier decision rejecting censorship of the film, AP reports. Porta dos Fundos did not immediately respond to CBS News’ request for comment.

The decision is temporary while a higher court reviews the case. While the special is still available, Netflix has complied with government requests to take down other movies in the past.