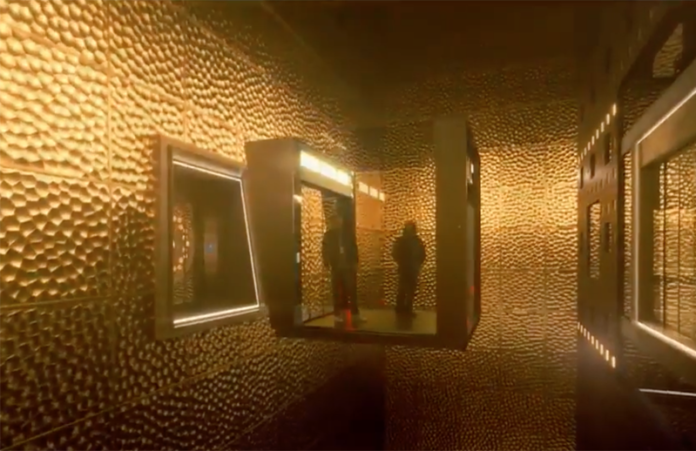 FX has released the first-look promo trailer for the upcoming limited sci-fi series Devs, highlighting a woman’s determination in the finding out the truth as she tries to investigate Nick Offerman’s titular division. Also starring Sonoya Mizuno, you can check out the Devs trailer in the player below!

In Devs, a young computer engineer, Lily Chan (Mizuno), investigates the secretive development division of her employer, Amaya a cutting-edge tech company based in San Francisco, who she believes are behind the murder of her boyfriend.

Offerman will play Forest, the CEO of Amaya whose obsession is the covert work of the company’s development division. Ha is set to portray Jamie, a gifted cybersecurity specialist, and Lily’s former boyfriend. Grenier is Kenton, a terse, dry, and dangerous head of security at Amaya. Henderson will play Stewart, a cultured intellectual from another era and one of the top technical minds working in Amaya’s secret development division. Spaeny is Lyndon, a young, brilliant, and stubborn employee who works in Amaya’s secret development division. Finally, Pill will play Katie, a gifted quantum physicist tapped by Forest to be his second in command at Amaya.

Alex Garland will executive produce Devs along with Andrew Macdonald and Allon Reich of DNA TV, Eli Bush and Scott Rudin with whom he partnered with on the acclaimed feature film Annihilation and the Academy Award-winning Ex Machina.

The eight-episode limited series will premiere on March 5 on FX and Hulu, followed by a new episode each subsequent week on the service. The series will be produced by FX Productions.