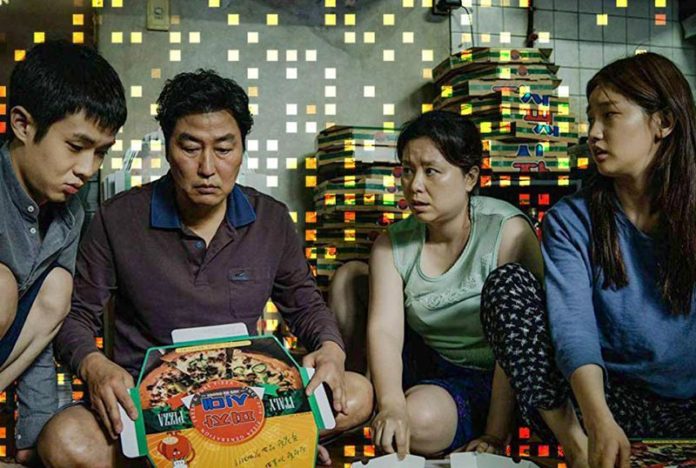 According to The Hollywood Reporter, HBO won the rights for a Parasite limited series, beating out Netflix, and is currently in talks with Golden Globe-nominated Parasite writer and director Bong Joon Ho. Bong is teaming up with Oscar Adam McKay (The Big Short, Vice) for the limited series.

No deals have officially been made yet, and it is not yet clear if the limited series would serve as a follow-up to the Golden Globe-winning film or if it would be an English-language remake.

The movie Parasite follows two families: the Park Family, who are the picture of aspirational wealth, and the Kim Family, rich in street smarts but not much else. Be it chance or fate, these two houses are brought together and the Kims sense a golden opportunity. Masterminded by college-aged Ki-woo, the Kim children expediently install themselves as tutor and art therapist, to the Parks. Soon, a symbiotic relationship forms between the two families. The Kims provide “indispensable” luxury services while the Parks obliviously bankroll their entire household. When a parasitic interloper threatens the Kims’ newfound comfort, a savage, underhanded battle for dominance breaks out, threatening to destroy the fragile ecosystem between the Kims and the Parks.

Parasite is a peculiar tale about two families who are worlds apart yet somewhat alike, portraying a striking reality of the world we live in. The film stars Lee Sun-Kyun (A Hard Day), Cho Yeo-Jeong (Obsessed), Choi Woo-Shik (Okja), Park So-Dam (The Priests), and Chang Hyae-Jin (Poetry).

How did Ireland find itself with the highest infection rate in...