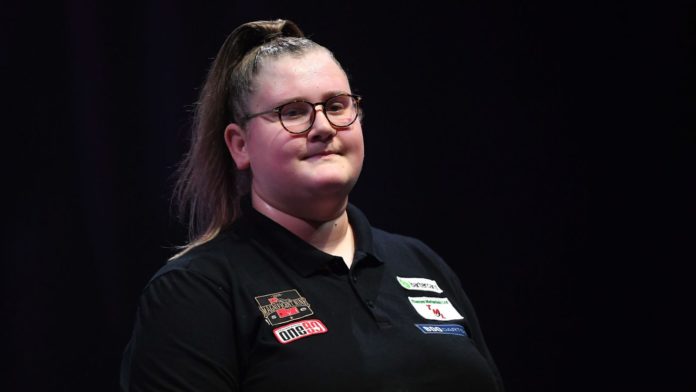 Beau Greaves secured safe passage through to the BDO Women’s World Championship semi-final, with a 2-1 win over third seed Aileen de Graaf on her 16th birthday.

The teenage sensation averaged 86.28 to move through to the last four, as she continues her fairy-tale run in her debut campaign.

She will face reigning champ Mikuru Suzuki in the last four, who had too much for three-time winner Anastasia Dombromyslova.

The Japanese star who featured at the Ally Pally last month edged the Russian in a tight game where she won both sets in deciding legs, after the Russian missed set darts.

On the top half of the draw, Lisa Ashton saw off last year’s runner-up Lorraine Winstanley. The Lancashire Rose will face Corrie Hammond who overcame Laura Turner.

In the men’s competition, second seed Jim Williams marched into the last eight with a dominant 4-0 win over Scotsman Ryan Hogarth. The Welshman remains favourite to reach the final on the bottom half of the draw, improving from his first-round performance.

He will face Paul Hogan, who turned in one of the most impressive performances of the tournament to date as he saw off seventh seed Martijn Kleermaker, 4-1. The 56-year-old’s three-dart average was just shy of 100, as he found big darts at the right times throughout the game.

Meanwhile, Mario Vandenbogaerde was too strong for Dennie Olde Kalter. ‘Super Mario’ collected the first 11 legs of the match before his Dutch opponent rallied to take the fourth set, but the seed marched on.