Home Culture “Financially independent” Harry and Meghan to still get millions from U.K. 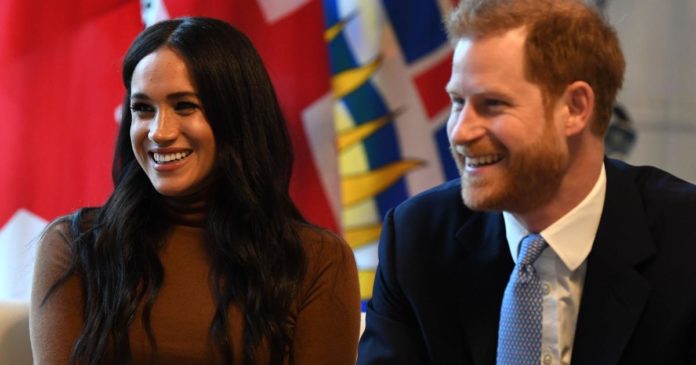 Prince Harry and Meghan, Duchess of Sussex, announced Wednesday that they are stepping away from their official roles as part of the royal family and will begin dividing their time between England and North America. They also said they would work toward becoming what they called “financially independent.”

But financial independence for a royal couple isn’t the same thing as, say, the average millennial getting kicked out of their parents’ basement.

For one thing, Harry and Meghan are not giving up what is technically their grandmother’s home. Harry and Meghan said in their announcement their official residence would remain Frogmore Cottage, which is located in Windsor and is owned by the Queen. The cottage underwent a $3 million taxpayer-funded renovation last year.

And then there’s the money. A review of Harry and Meghan’s announcement on their website suggests they will continue to collect about $3.3 million a year from the British government, and perhaps a good deal more, even after declaring their financial independence.

Harry and Meghan say in the announcement on their website they would no longer collect any income from the Sovereign Grant. That’s the royal family’s biggest source of income. It’s derived from the Crown Estate, a giant real estate portfolio that includes nearly $11 billion worth of commercial properties in London alone and belongs to the monarchy.

The Crown Estate generated nearly $450 million in income in the fiscal year that ended last March. That money technically is the Queen’s, but by law the monarchy first gives its income to the U.K. treasury, which then grants back 25% to the Queen.

This year the Queen’s Sovereign Grant is expected to be nearly $112 million. The Queen then uses that money to pay other members of the royal family for their official duties, as well as for her own income and the upkeep of official and historical properties.

But while that is the largest source of the Queen’s income, it’s not where Harry and Meghan get most of their income. Last year, according to their website, about 5% of their annual income came from the Queen, which suggests a sum of around $200,000 based on what’s publicly known about the rest of their income.

The bulk of their cash comes from a different estate that is controlled by Harry’s father, Prince Charles, but is essentially owned, like the Crown Estate, by the British government.

Charles’ $1.5 billion estate is called the Duchy of Cornwall. It’s mostly made up of real estate including commercial properties in London and other British cities, but also about three dozen houses and apartments in the Kensington section of London.

The estate also owns Tintagel Castle, which was once supposedly King Arthur’s house, but is now a picturesque pile of rocks in North Cornwall. There is also a plant nursery, which includes a “renowned cafe,” according to the estate’s annual report.

Last year, the estate earned slightly more than $28 million. Charles for the past few years has shared a portion of his annual earnings with his sons William and Harry. Last year it was $6.6 million divided between the two sons, or $3.3 million each.

Whatever doesn’t get used in living costs, goes back to the U.K. Treasury, according to annual report. So, if Harry and Meghan were to become truly financially independent some day, that could save taxpayers as much as $3.3 million a year.

In addition, while the Duchy is currently Charles’, it will pass to Prince William, who is the next in line for the throne and Harry’s older brother, if Charles becomes king. It’s unclear whether William will have to continue to split the income of the Duchy with Harry and his family.

Still, that’s not all that Harry and Meghan will likely continue to get. Taxpayers also fund the cost of their security, and will probably continue doing so. The British government doesn’t disclose what it pays to protect the royal family.

The average Fortune 100 company paid $126,000 a year in security costs to protect its CEO, but the royals’ security costs, because of their high profile, is likely much higher.

One cost that could go up for the couple is travel. Splitting their time between the U.K. and North America could increase how much they spend on airfare. The royal couple said in their statement that they already pay for their private travel costs, and will continue doing so. But that also means the Queen may continue to pay their travel costs on official trips.

The upside for the couple is they will be able to work. Royal family members with official roles are not allowed to have any outside jobs. Markle is an actor and starred in a television show called Suits, for which she reportedly received about $50,000 an episode. She has not said whether she would return to acting.

On top of that, Harry is estimated to be worth $40 million, much of it from the $17 million that was left to him when his mother, Princess Diana, was killed back in 1997. Financial planners who advise retirees generally say you can draw 4% of your portfolio a year without depleting it in the long-run. For Harry, 35, and Meghan, 38, that could be another $1.6 million a year in income.

When you start with $40 million, and a whole lot of other costs are already covered, getting to financial independence can be a lot easier than it sounds.