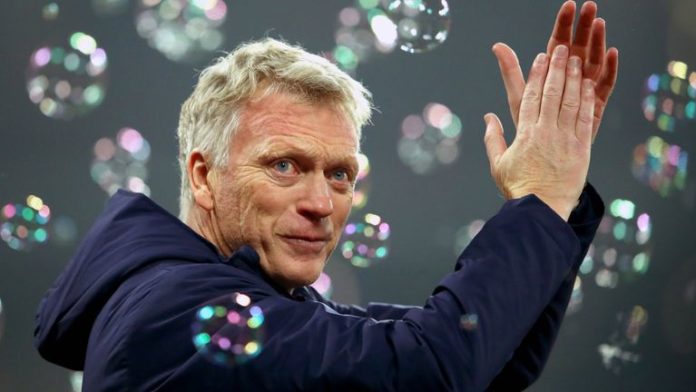 It may have been 13 years since West Ham last travelled to Sheffield United in the Premier League, but to this day the fixture remains synonymous with one man – Carlos Tevez.

You’d be forgiven for initially associating the Argentine with Manchester, where he won three Premier League titles with United and City, but Tevez’s name is inextricably linked to the Blades, despite never kicking a ball for them.

Tevez’s surprise arrival at Upton Park alongside Javier Mascherano in August 2006 was adjudged to have broken Premier League rules over third-party ownership of players. The Hammers were fined £5.5m for the breach but were crucially spared a points deduction, a ruling that set them on a collision course with Sheffield United.

It would end with Tevez inspiring West Ham to safety on the final day of the 2006/07 season at the expense of the Blades, who were relegated on goal difference and sent spiralling into a decade of decline, the scars of which still run deep.

With Sheffield United hosting West Ham – live on Friday Night Football – at Bramall Lane for the first time since that ill-fated campaign, we look back at the timeline of the Carlos Tevez saga…

August 31, 2006: West Ham stun the world of football with the Deadline Day signings of Carlos Tevez and Javier Mascherano. The contracts of the Argentine duo were previously held by agent Kia Joorabchian’s company, MSI.

March 2, 2007: The Premier League charges West Ham for breaching Rule B13 and Rule U18 in relation to the signings of Tevez and Mascherano.

April 4, 2007: A three-man panel is appointed by the Premier League to investigate West Ham’s signings of Tevez and Mascherano.

April 27, 2007: West Ham receive a £5.5m fine but are spared a points deduction after pleading guilty to breaking Premier League rules. The verdict also rules “the registration of Carlos Tevez could be terminated by the Premier League”, but Tevez is later cleared to play in the Hammers’ remaining fixtures of the 2006/07 season.

May 13, 2007: The final day of the 2006/07 season. Tevez scores for the seventh time in West Ham’s final 10 games to secure a 1-0 victory over champions Manchester United at Old Trafford. The result ensures West Ham avoid relegation at the expense of Sheffield United, who are relegated on goal difference after a 2-1 defeat at home to Wigan.

July 3, 2007: Sheffield United file “arbitration proceedings” against the Premier League on May 16, within three days of the final day of the season, in a bid to overturn the decision not to deduct points from West Ham, but an arbitration panel dismisses their claim over the Tevez affair.

July 13, 2007: Sheffield United explore the possibility of an appeal to the High Court but the Blades’ attempt to gain leave is refused.

August 16, 2007: Sheffield United announce their intention to sue West Ham for the cost of relegation from the Premier League, a claim the Hammers describe as “desperate”.

September 23, 2008: An independent arbitration hearing rules in favour of Sheffield United in their compensation claim from West Ham.

March 16, 2009: West Ham and Sheffield United reach an out-of-court settlement to end their dispute over the Tevez transfer.

Wilder: Water under the bridge

The fact that Sheffield United and West Ham haven’t faced off in a league match since April 2007 until this season (there was a League Cup tie at Upton Park in August 2014, which the Blades won on penalties) has meant that any lingering Blades bitterness has had more than enough time to dissipate.

Sheffield United boss Chris Wilder has encouraged fans to draw a line under the entire affair, highlighting a number of similarities between the two clubs where common ground can be reached.

“Many years have passed since it all happened and I actually have a big admiration for West Ham with the way they’ve gone about it in the past,” Wilder said.

“I think they are a very similar club to Sheffield United – a working-class club from the east end of London and the supporters want to see them play good football and work hard.

“I think a West Ham fan could have a beer with a Sheffield United fan and they’d have a lot to talk about.”

Time has proved a great healer, as has Sheffield United’s adaption to the Premier League since returning to the top flight, but the Blades will never forget.

The Tevez affair will always represent a significant episode in not only theirs and West Ham’s respective histories, but that of the Premier League itself.