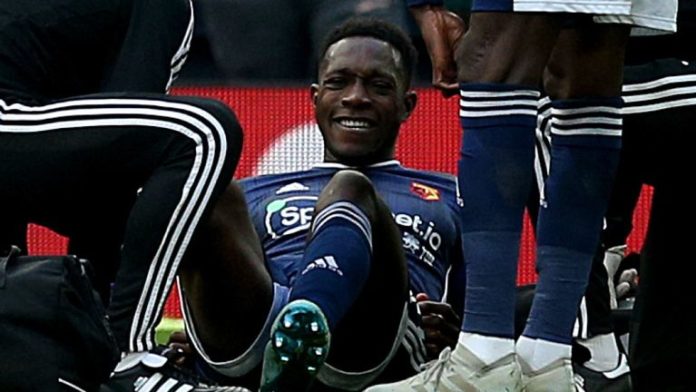 Watford boss Nigel Pearson insists he will avoid the temptation of rushing Danny Welbeck and Tom Cleverley back from injury.

Former Manchester United and Arsenal forward Welbeck provided Watford with a boost this week following his return to training.

The 29-year-old joined the Hornets on a free transfer from the Gunners last summer, but he has featured in just five Premier League matches after sustaining a hamstring injury in October.

Second-bottom Watford, who are two points adrift of safety, have the worst scoring record in the top flight, with just 17 goals from their opening 21 games. Midfielder Cleverley has also been out since October with a foot injury.

“Danny is back out on the grass so he is making good progress,” said Pearson.

“Cleverley is still a while away. I don’t want to put a time frame on that. When he is back, I want him back for good.

“I don’t want to put players at risk just for the sake of another couple of weeks. I want to make sure they are absolutely right.”

Watford’s campaign has been blighted by a host of injuries, and Pearson confirmed the impressive Kiko Femenia will miss his side’s trip to Bournemouth this weekend as he battles a hamstring issue.

Pearson, who has seen his side claim 10 points in five matches since he took charge, could be tempted to bolster his squad during this month’s transfer window.

But speaking ahead of his side’s clash on the south coast on Sunday, live on Sky Sports Premier League, he said: “Hopefully we will have new signings when we get some of our injured players back. That will be really important for us.

“If we did no business at all then I still think we have got the capability, and the tools here to get out of the situation we are in.

“We have got good players so if we do business, it is not going to be substantial.”