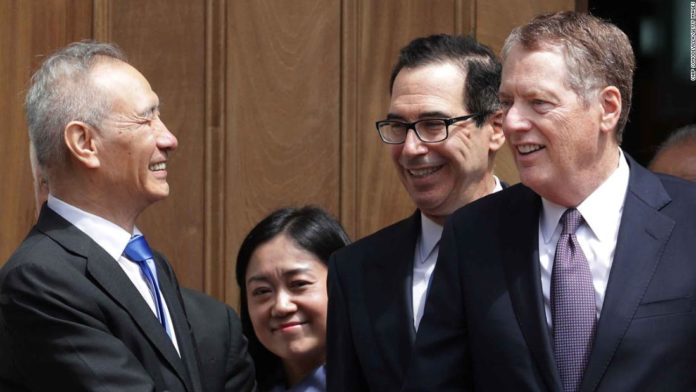 On Friday, Japan’s Nikkei 225 (N225) rose 0.3%. South Korea’s Kospi (KOSPI) gained 0.7%.
Hong Kong’s Hang Seng Index (HSI) edged up 0.2%, while China’s Shanghai Composite (SHCOMP) added 0.3%.
China confirmed on Thursday that its top trade negotiator Liu He will lead a delegation and travel to Washington to sign the initial trade deal next week.
It was the first time China officially confirmed the signing plans after US President Donald Trump said last month that he would sign the trade deal at the White House on January 15.
Trump also said he would travel to Beijing “at a later date” to begin a new phase of trade negotiations.
Oil futures continued to edge lower after Trump signaled a de-escalation of tensions between the United States and Iran.
US oil futures shed 0.3% to $59.40 per barrel during Friday’s trading hours in Asia, poised to fall for a fourth straight session. Brent crude, a global oil benchmark, dropped 0.2% to $65.25 per barrel.