Home Sport Jullien surprised by his impact at Celtic 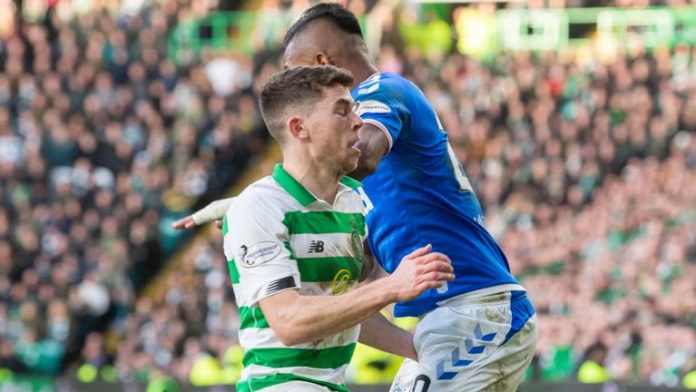 Defender Christopher Jullien says he is delighted and somewhat surprised by how well his first season at Celtic is going.

The 26-year-old arrived from Toulouse last summer and has become a regular in the first team, scoring the winning goal in the 1-0 Scottish League Cup final defeat of Rangers.

“I didn’t expect to be in play so much,” Jullien told Sky Sports.

“I thought I would have more time to adapt – but they made me feel so comfortable. Everything went well and on the field everything worked.

“I didn’t expect to do as well, but it is just one part of the season. I want to do better and I am sure the staff will push me to be even better.

“I will do the maximum I can to help us win everything we can.”

Celtic have won the Scottish title for the last eight years – but they could have a fight on their hands this season, with Glasgow rivals Rangers two points behind – with a game in hand – after beating Celtic 2-1 in the last game before the winter break.

Jullien said: “My parents told me, ‘victory makes you feel good and losing makes you feel sad in the moment – but it is just a first step to progression, to work harder.

“The bad moments that we had, we always get up, work hard after that – and we come back stronger.

“We are still first in the championship, we did win a cup, we are in the next round of the Europa League, so the first part of the season was really great.

“I think we are going to win it – because that is my mentality.”

Neil Lennon has admitted Celtic may have to change their tactics in future Old Firm matches following their first home defeat to Rangers in nine years.

Rangers’ 2-1 win at Celtic Park last month saw them move just two points behind their rivals in the Premiership, and they will go top if they win their game in hand.

It came just three weeks after the League Cup final between the two sides, which Celtic won 1-0 despite being dominated by Rangers for large periods of the game.

Lennon says those two matches may prompt a tactical rethink, telling Sky Sports News: “We need to look at how we set up and maybe change the way that we play to address the lack of pressure that we’ve put on them in the last couple of games.