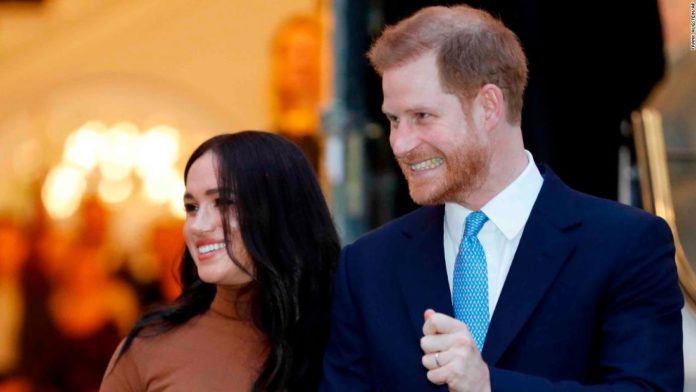 A trademark for their brand ‘Sussex Royal’ may help on that front.
The couple submitted an application for a UK trademark that would cover hundreds of items under the categories of printed matter, clothing, campaigning, charitable fundraising, education and social care services.
According to the government body’s website, Prince Harry and Meghan applied for the trademark back in June. The application was published on the website of the UK’s Intellectual Property Office in December. It would apply to both the name ‘Sussex Royal’ and to their charitable organization ‘The Foundation of the Duke and Duchess of Sussex.’
Registered trademarks last 10 years in the UK.
Following Wednesday’s announcement from the couple, they released a detailed document outlining the structure and funding of their household.
The statement said they would no longer receive funding from the Sovereign Grant and would achieve financial independence.
News of their departure from royal duties dominated UK newspaper front pages on Thursday, with the shock announcement garnering blanket coverage.
Following the couple’s engagement in 2017, Kensington Palace announced that the former actress was setting aside her own charitable interests to work with the Royal Foundation, which Prince Harry and his brother had established together in 2009.
However, last year it was announced that Harry and Meghan would formally split from the Royal Foundation, the body that co-ordinates their charitable work with William and Kate, the Duke and Duchess of Cambridge.
At the time, royal aides said the decision was a mutual one between all four royals.
Correction: This story has been updated reflect that the trademark has not yet been approved.