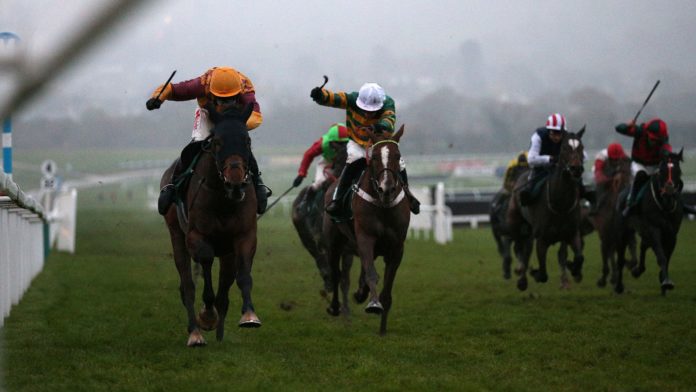 Pipe will freshen up the five-year-old up before pitching him into Grade One company for the first time – an assignment for which he is as short as 10-1 joint-favourite.

Since meeting with defeat on his debut under rules at Worcester in October, Israel Champ has secured back-to-back Listed victories at Cheltenham and Ascot.

Pipe said: “I’ve had a chat with the owners, and the only other possible race for him was to go to Newbury, but the plan is to now go straight to the Champion Bumper.

“He would only have one penalty to carry at Newbury, but he has already proved he warrants taking his chance in the Champion Bumper.

“He has only just turned five, so we thought we would freshen him up this month and then start training for the Champion Bumper. He won’t worry about the occasion.”

The Devon trainer sees Israel Champ as different type to his previous winner of the race – Moon Racer, who claimed the prize in 2015.

Pipe added: “Israel Champ is a galloper really, whereas Moon Racer was a bit more of a speedier type.

“We didn’t buy Israel Champ as a bumper horse, so all this is an added bonus really. Hopefully he is one for future and the type to build over novice hurdles next season.”

Pipe is also hoping Warthog can follow up last month’s Caspian Caviar Gold Cup success at Cheltenham when he goes back to the track for the Festival Trials Day Trophy on January 25.

He said: “Warthog has come out of the Caspian Caviar Gold Cup fine. He will probably go back to Cheltenham later this month for the two-and-a-half-mile Grade Three.

“It was a good performance for him to get back up the last day, because he has not always done that. He will have to build on that again, but he appears in good form.”

After making a winning debut over fences at Sandown in December 2018, Warthog failed to finish two of his three subsequent starts last season – but Pipe believes he has him back on track.

He added: “The wind op helped him in the autumn – and we have medicated his joints as well, because he was probably just feeling them a bit.

“His schooling at home has been like it was before he won at Sandown – where he jumped beautifully. We are happy with him now.”

“Eden Du Houx has had a wind op, and I hope he will be back out at the end of January,” he said.

“I think we will run him over two miles in soft ground on a galloping track.

“It will just be low key somewhere to try and get a one next to his name before aiming our sights higher.”