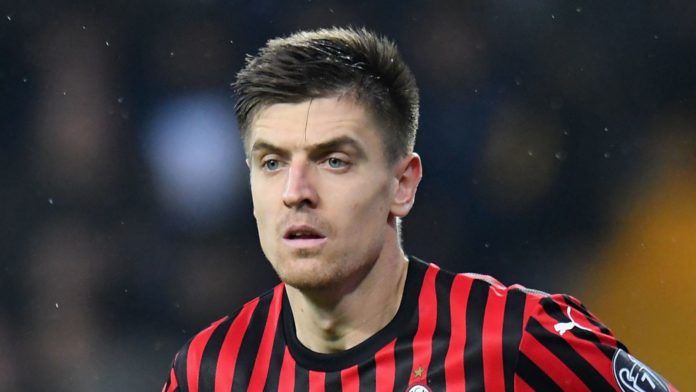 Tottenham and AC Milan have held talks about signing Krzysztof Piatek this month.

Talks are not at an advanced stage and no formal offers have yet been made for the Polish striker.

It is unclear at this point if any move would be temporary or permanent.

Piatek joined AC Milan in a £31m deal from Genoa on a four-and-a-half-year deal in January 2019 and has scored 15 goals in 39 appearances.

The 25-year-old, who has 10 caps for Poland, originally joined Genoa for £3.6m from Polish side Cracovia in the summer of 2018.

He was snapped up by Milan midway through the season after netting 13 Serie A Goals in just 19 appearances for Genoa.

Piatek has not been as prolific this season, scoring four times in 18 Serie A appearances for Stefano Pioli’s side, who currently sit 12th in the table.

Meanwhile, Inter Milan are continuing their attempts to sign Christian Eriksen in the coming weeks but no agreement has been reached.

The Italian club’s chief executive Giuseppe Marotta confirmed earlier this week that they are interested in the Denmark international but said they have had no discussions with Spurs yet.