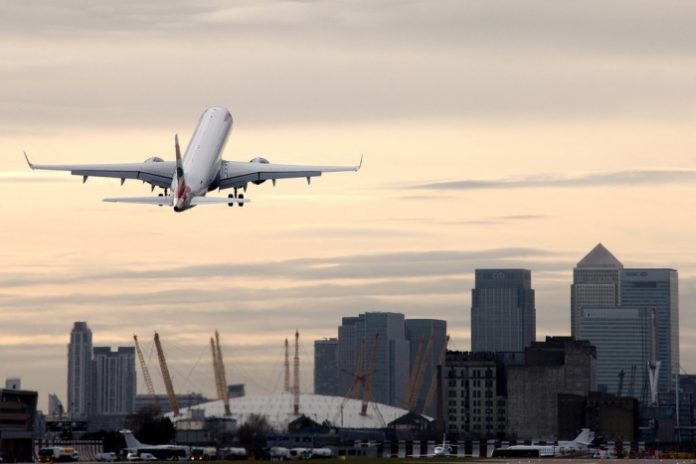 Over five million passengers travelled through London City last year, making it the busiest year for the airport.

Publishing its official annual passenger figures, officials announced that a total of 5,100,025 passengers flew in to and out of the airport in 2019.

The figure is a year-on-year increase of 6.3 per cent which has been driven by the launch of new routes combined with additional flights and larger aircraft with more seats on existing routes.

Richard Hill, chief commercial officer, said: “Last year was a very successful year for London City Airport, with increased demand from passengers and airlines, the launch of new routes and expansion of others, and continued high scores for passenger satisfaction.

“It demonstrates that the combination of speed, convenience, excellent customer service and connectivity to and from the heart of London continues to be a recipe for success.

“That is why we are investing half-a-billion pounds in the transformative City Airport Development Programme to increase capacity and improve our facilities for passengers and airlines.

“This will ensure we can play a greater role in supporting London as an international destination for business and leisure, while also creating more opportunities for people in East London.”

The most popular route remains Amsterdam, with a total of 664,621 passengers travelling between the Dutch capital and London City in 2019, representing an increase of 6.9 per cent on the previous year.

Overall, growth in passenger numbers was driven more by new markets and seasonal leisure-oriented routes, than by many established routes.