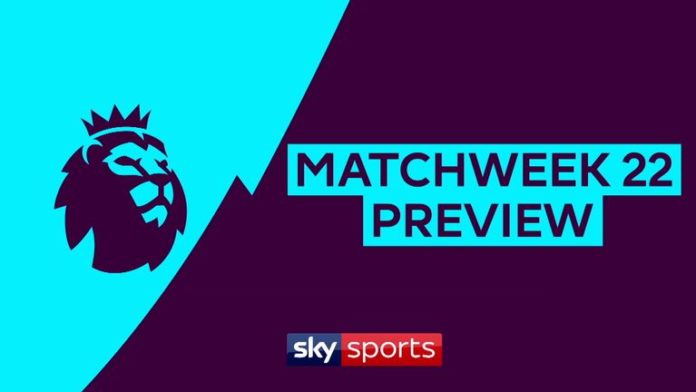 Team news, key stats and prediction ahead of Bournemouth vs Watford in the Premier League.

The Cherries boss revealed a couple of players were “getting really close” after the first-team squad were hit by a string of fitness problems, with striker Sam Surridge recalled from a loan spell at Swansea as cover.

Nathaniel Chalobah has shaken off a knock and will be available for Watford’s trip to the south coast.

Chalobah was withdrawn at half-time during last Saturday’s 3-3 draw FA Cup draw against Tranmere, but has trained this week.

Tottenham vs Liverpool is live on Saturday Night Football from 5pm; kick-off 5.30pm. Sky Sports customers can watch in-game clips in the live match blog on the Sky Sports website and app. Highlights will also be published on the Sky Sports digital platforms and the Sky Sports Football YouTube channel shortly after the final whistle.

Watford are knocking on the door with a bit of belief and form. Bournemouth are really struggling though. Eddie Howe has not found a solution yet, which he normally does.

He has had to abandon his balance to score goals. That’s what made Callum Wilson an interest of Chelsea, and made Bournemouth a real threat going forward with the likes of Ryan Fraser and Josh King.

They have lost their direction in that way, so he might go more on the front foot on this occasion. Watford will play a structured, counter-attacking style of game with a bit of physicality, but Bournemouth will nick it.