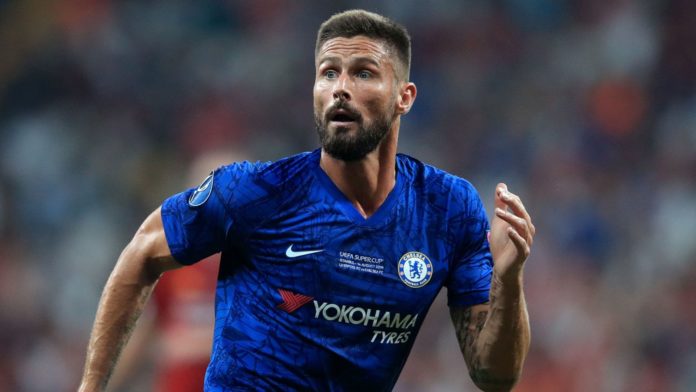 Inter Milan officials have held talks with Olivier Giroud’s agents and agreed terms for a January transfer, Sky in Italy are reporting.

The France striker, whose Blues deal expires in the summer, has agreed a two-and-a-half year contract to join the Italian side.

Inter do not want to spend more than £4.3m (€5m) and Giroud has other offers on the table, including one from Lyon, but he is keen to move to Inter.

Giroud has not featured for Chelsea since the end of November, with Tammy Abraham the clear No 1 striker at Stamford Bridge since the arrival of Frank Lampard as manager.

The 33-year-old has scored 19 goals since joining Chelsea in January 2018, although only five have come in the league where the majority of his appearances have been as a substitute.

He has only made five Premier League appearances this season, with four of his five goals for the campaign coming while on international duty and the fifth in the European Super Cup against Liverpool.

A move to Inter would reunite Giroud with Antonio Conte, who initially signed him for Chelsea after his five-and-a-half season spell with London rivals Arsenal.

Sky Sports has also learned that Aston Villa made an approach to Chelsea to take Giroud on loan for the rest of the season, but Giroud’s preference is to link up with Conte rather than join a relegation battle with Villa in the Premier League.

Competition rules dictate that only one loan is allowed between the same two Premier League clubs, and with the Giroud deal looking unlikely, Villa opted for midfielder Danny Drinkwater instead.