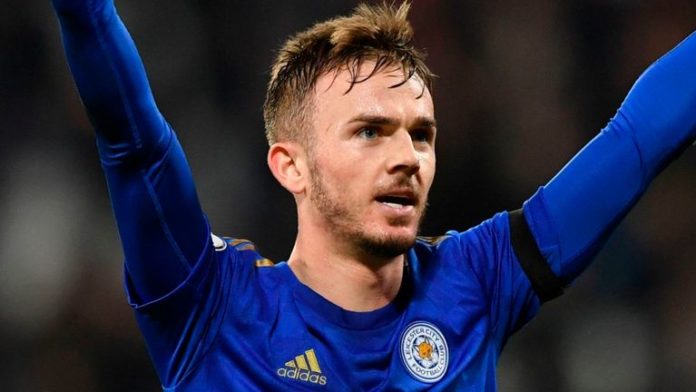 Brendan Rodgers has praised the fortitude of Ralph Hasenhuttl and his Southampton players for the way they have bounced back from their 9-0 drubbing at home to Leicester in October.

The victory margin was both the joint-highest in Premier League history and the biggest away win ever seen in the top flight, and the two sides meet again at the King Power Stadium on Saturday, with Leicester second in the table going into the weekend’s fixtures.

But they have improved markedly since, with their 1-0 victory over Tottenham on New Year’s Day leaving them in 12th, five points clear of the relegation zone.

“I said to the players last week that I felt the two league games that were coming up, against Newcastle and Southampton, were going to be two of our toughest games for the remainder of the season because of the nature of the results we have had (the 9-0 win at Southampton came soon after a 5-0 home win against Newcastle),” said Rodgers.

“We dealt with the Newcastle game very well and now we go in to play Southampton.

Team news, key stats and prediction ahead of Leicester vs Southampton in the Premier League.

“In fairness to them, obviously that was a tough evening for them and then there were a few results after that that didn’t go their way.

“From that point, firstly the manager has shown his resilience and his qualities, because it’s obviously a tough period for a manager.

“I texted Ralph [Hasenhuttl] after our game because unless you have been a manager, you just don’t understand the feeling of another manager, especially in that situation.

“He has been about to bounce back and galvanise the team, and in the last eight games or so, they are up there in the top four in terms of form.

“So it shows you it is going to be a really tough game for us.

“We’ve had that performance there where we played very well and it’s a chance again for us to show our qualities, our stamina in the game and to keep up our level of performance, which this season has been magnificent.”

James Maddison continues to be linked with a move away from Leicester in the January transfer window but Rodgers is not convinced it has had an adverse effect on the player.

“No, not at all. It is difficult, every time you have a press conference, to come up with different ways to say ‘no, he’s not for sale’,” Rodgers said of the continued speculation surrounding the England international’s future.

“James is a big part of our plan and having worked with him now for a period of time – with lots of rumours and gossip about his potential transfer from here – the boy is so focused on his game and his improvement and I think his performances will tell you that.

“He’s not affected in any way. Of course, it’s flattering for any player that people say you are playing well enough [to be linked with other clubs].

“But he’s a kid that’s focused on improving his game. In training every day, he works very, very hard and he takes it into the games and gets his rewards.

“So I’ve got no concerns whatsoever.”