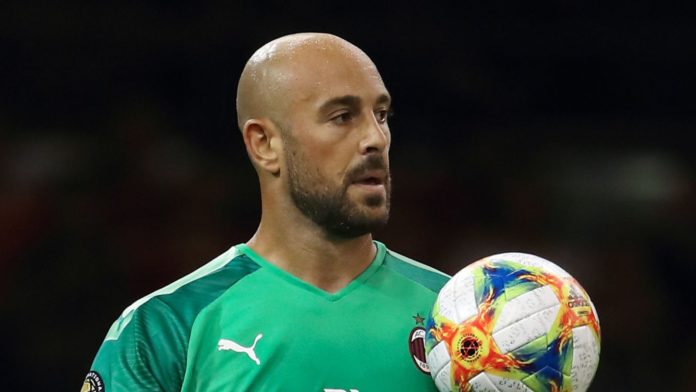 Aston Villa have agreed a deal with AC Milan to take goalkeeper Pepe Reina on loan for the rest of the season.

Sky Sports News has verified a report in Italy that Villa and Milan have agreed a fee for the 37-year-old, and Reina is expected to arrive in Birmingham on Monday to undergo a medical and complete the formalities.

The former Liverpool player emerged as a top target for Dean Smith’s side following a season-ending injury to Tom Heaton.

Smith wanted an experienced ‘keeper who can slot straight into the side, although Orjan Nyland will remain in goal for Sunday’s game against Manchester City, live on Sky Sports Premier League.

Reina has played 13 games in the last two seasons for AC Milan and is keen to get more game time, but he is expected to compete with Nyland, who impressed in the Carabao Cup semi-final first leg against Leicester.

Villa’s number one priority in January remains signing at least one striker, having lost Wesley for the remainder of the season.

Smith said on Friday he may play without a striker against Manchester City on Sunday, due to the injury crisis at centre-forward.

Villa are one point above the bottom three going into the weekend fixtures.