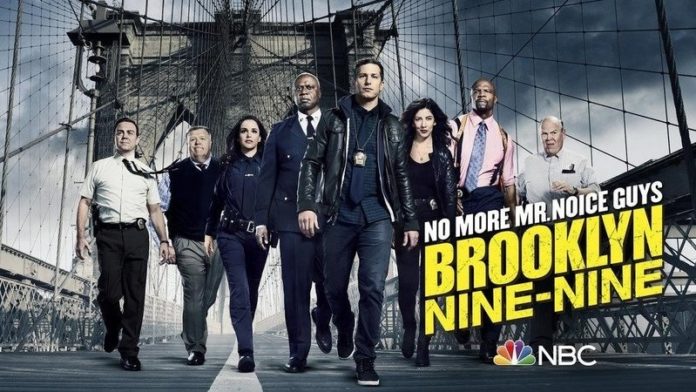 NBC has released an 80’s style trailer for the forthcoming seventh season of their fan-favorite sitcom Brooklyn Nine-Nine, featuring the first footage from the new season which highlights the aftermath of Holt’s demotion to patrol duty during the seventh season finale. The series is set to return on February 6, premiering with back-to-back episodes. Check out the video below!

The official synopses for episodes 7.01 and 7.02 are as follows:

Episode 7.01 titled “Manhunt” – “Jake leads a manhunt after an assassination attempt on a city councilor. Meanwhile, Holt adjusts to his new position as a uniformed officer while working alongside Officer Fogel.”

Episode 7.02 – “Holt’s replacement, Captain Kim, portrayed by Nicole Bilderback, attempts to ingratiate herself with Jake and the squad by having them over for a dinner party.”

RELATED: Brooklyn Nine-Nine Renewed For an Eighth Season at NBC

Detective Jake Peralta (Andy Samberg), a talented and carefree cop with the best arrest record, has never had to follow the rules too closely or work very hard. That changes when Ray Holt, a man with a lot to prove, becomes the new commanding officer of Brooklyn’s 99th precinct. As Holt reminds Peralta to respect the badge, an extremely competitive colleague — Detective Amy Santiago — starts to close in on the hotshot cop’s arrest record. Other members of the precinct include Sgt. Terry Jeffords, a devoted family man, Detective Charles Boyle, a hard worker who idolizes Jake, and Rosa Diaz, a sexy-yet-intimidating detective. Civilian office manager Gina Linetti is tasked with cleaning up everyone’s mess, while somehow getting involved in everyone’s business.

RELATED: One Day At a Time Finds New Home at Pop TV for a Fourth Season!

Last year, Fox suddenly canceled the hit sitcom but was fortunately given a second chance when NBC immediately picked up the show for originally a 13-episode sixth season before ordering an additional five episodes to bring the episode order up to 18. Brooklyn Nine-Nine’s sixth season premiered on January 10 on NBC and has been a big success for the network and series, the premiere garnering the best ratings since the second season’s premiere.