Home Sport Solskjaer not after quick fixes in January 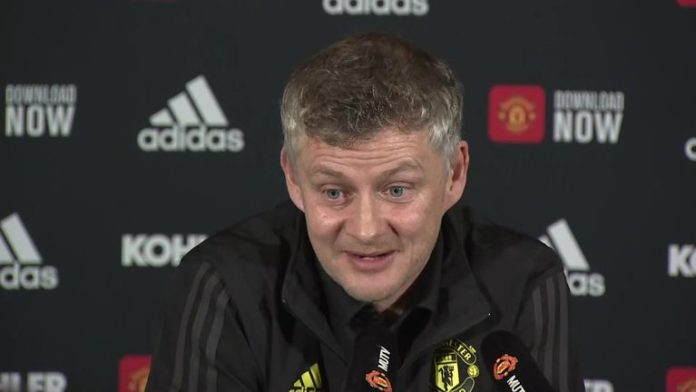 Manchester United boss Ole Gunnar Solskjaer is refusing to panic buy and is not looking for quick fixes in the January transfer window.

United have been hit with a series of injury blows with Harry Maguire out with a hip injury, Paul Pogba missing after ankle surgery, and Scott McTominay sidelined with a right knee issue.

Defenders Axel Tuanzebe, Marcos Rojo, Eric Bailly and Timothy Fosu-Mensah are also on United’s growing injury list, but Solskjaer is refusing to panic buy and insists he is focusing on long-term goals and not thinking about signings in terms of his own reputation.

“I’m not going to protect myself,” he said. “I’m here to do the best for the club, what I think and we feel is right.

“It wouldn’t always be the worst thing you can do to put a short-term fix in if it’s good for the group here and now, but you wouldn’t put yourself in a situation that you’ve done something that you regret in 18 months’ time.

“We’ve got to do due diligence – that’s character of players, quality of players and right fit into this squad.”

It was put to the United boss during his Friday press conference that some fans believe he is not forthright enough in pushing the case for investment in the squad when he talks to Woodward.

Solskjaer’s response was emphatic: “Of course I am, of course we’ve got open discussions.

“I wouldn’t say to you what I say to him. We are building towards something, I’m almost getting bored myself talking about what we do have as a vision and a plan. But it doesn’t change from August until now.

“We have those conversations all the time about how we are going to look in one month’s time, five months’ time and the longer period.”