Home Sport BDO: Ashton and Suzuki to meet in final 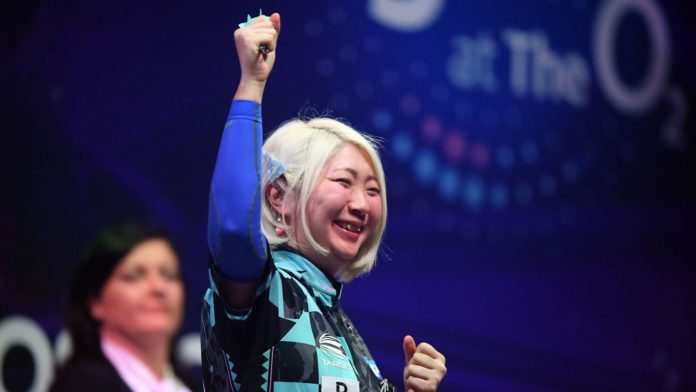 Top seed Ashton didn’t drop a leg en route to a comfortable 2-0 victory, as she took care of business efficiently in the afternoon session. The Lancashire Rose will be hunting a fifth world title when she faces the reigning champ in Saturday night’s decider.

Suzuki had to dig deep, and rode her luck at times during her 2-1 win over teenage sensation Beau Greaves. The 16-year-old made a costly error in the deciding leg of the first set. Faced with 51, he first dart found treble 19 rather than the single, thus busting. The Japanese star didn’t need to be asked twice, and punished her dearly.

Although Greaves rallied to level it at 1-1, Suzuki was able to lean on her experience to see out the final set.

In the men’s draw, Scott Mitchell edged Scott Waites in a classic. In what was a meeting of two former champions, ‘Scotty Dog’ edged the 2010 Grand Slam winner 5-4, to move through to the semi-final.

Scott Mitchell completes the semi-final line-up as he defeats good friend Scott Waites. He will now face Wayne Warren for a place in the final. #BDODarts ?Tip Top Pics/@ProSportsImages pic.twitter.com/uMcysO6SfB

Second seed Jim Williams stormed into the last four with a comprehensive win over Paul Hogan. 56-year-old Hogan was the tournament’s form play coming into the quarter-finals, but couldn’t maintain those standards as his three-dart average dropped by over 17 points, between his games on Thursday and Friday.

In the afternoon session, there were wins for Wayne Warren and Mario Vandenbogaerde.