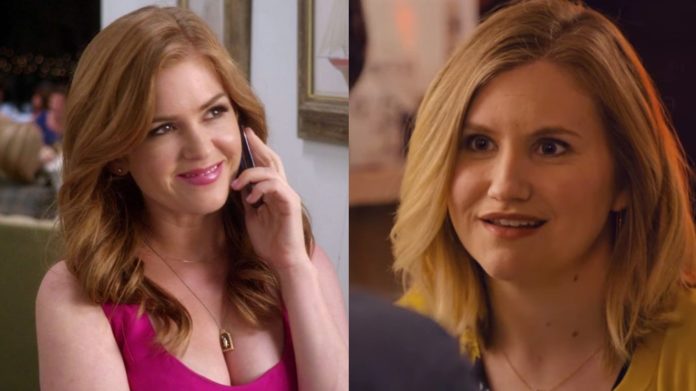 According to The Wrap, Jillian Bell and Isla Fisher have signed on for the fairy godmother comedy Godmothered over at Disney+. Bridget Jones’s Diary director Sharon McGuire will helm the film from a script by Kari Granlund and Melissa Stack.

Per the report, the plot follows Bell, who plays a young and inexperienced godmother who attempts to find a young girl whose wish for a fairy godmother went unchecked. Unfortunately, that girl has now grown into a woman (Fisher) who needs a lot more help with her life than finding her Prince Charming.

Justin Springer and Ivan Reitman’s Montecito Pictures are producing, with a production start date set for later this month in Boston.

Bell currently stars on the animated sitcom Bless the Harts, and will next be seen in the anticipated sequel Bill & Ted Face the Music with Keanu Reeves and Alex Winter.

Fisher starred alongside Matthew McConaughey in The Beach Bum, and appeared in the most recent season of Arrested Development. She also starred in hits such as Now You See Me, The Great Gatsby, and Wedding Crashers.