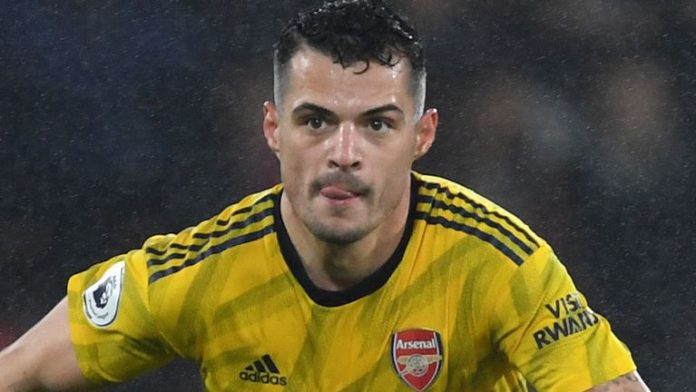 Mikel Arteta says David Luiz’s leadership skills will be a “powerful” benefit to Arsenal as they look to climb away from mid-table in the Premier League.

The Brazilian endured a difficult start to his career at the Emirates Stadium since signing from Chelsea in the summer for £8m.

He was recruited by Unai Emery to provide stability in Arsenal’s defence but the backline conceded 30 goals in the first half of the season and Emery ultimately paid for Arsenal’s poor form with his job.

But Arteta has selected Luiz in all four matches since he became head coach and looks on him as a leader in the team.

“Yes, that’s what I wanted to demand of him,” he said. “He is a player that has won more trophies than anybody else in that dressing room.

“We have to use that in a very powerful way. I wanted him to step up, I wanted him to put all his qualities – his personality and his experience – towards the team and he made a big step forward.

“I am very, very pleased with him.”

Arteta now believes Luiz can become an even better player if he can add a greater degree of consistency to his game.

“I hope so,” he added. “In the games he has played under me so far he has been terrific.

“His attitude in training, the way he communicates with his team-mates, his desire to still learn, it’s superb. I am delighted with him.”

Arsenal face Crystal Palace at Selhurst Park on Saturday with Arteta hoping there will no need for a repeat of the impassioned half-time team talk he felt compelled to deliver during the FA Cup third-round tie against Leeds on Monday.

His strong words turned a woeful first-half performance into victory and he accepts the players may not have seen it coming.

“Probably they’ve seen something different, a different reaction from me,” Arteta said. “It’s a process both ways I think, but yes probably a few were maybe a little bit surprised. But I was surprised too in the first half.”

“I think we have to react naturally depending on the situation and the context.”

“I love winning, I can only work to win and this is what this club deserves.

“I want to be the best, I want excellence in my players and everybody in the organisation. So I will fight for that.”