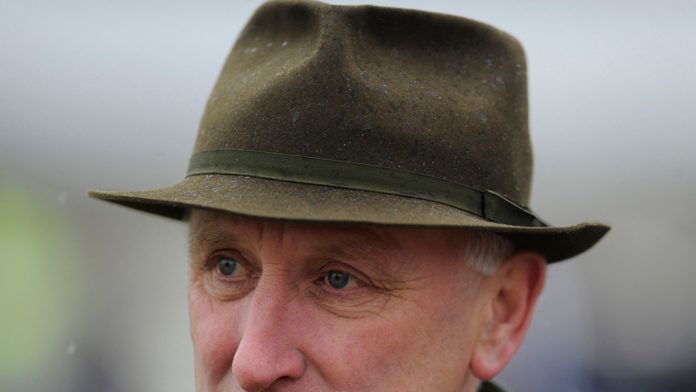 Oliver Sherwood believes Papagana will take plenty of beating when returning to Ascot next Saturday for the Warfield Mares’ Hurdle.

The seven-year-old will drop down to Grade Two company having finished third on her first start at the highest level in the Marsh Hurdle, better known as the Long Walk, at the track last month.

While potential opposition to Papagana is yet to be confirmed, Sherwood is confident she can make her presence felt back against her own sex.

He said: “Papagana is A1 and the plan is to run her in the Warfield at Ascot next Saturday, as it is the obvious race to go for.

“This is a different ball game to the Grade One she ran in against the boys last time and she is at the top of her league in her own sex.

“I don’t know what might be coming over from Ireland for the race, but she is one of the best around in Britain.”

Although Listed victor Papagana ran a respectable race on her first attempt at Grade One level, Sherwood feels the result could have been better given the absence of odds-on favourite Paisley Park.

He added: “On the face of it I was a little bit disappointed as I thought she would go close on that ground, especially when Paisley Park was taken out of it.

“She was out on her feet a long way from home, but she has ended up running to the line and is as game as a pebble.

“I suppose if you had said she would have finished third in a Long Walk at the start of the season, I would have taken it.”

Dominateur will attempt to follow up back-to-back triumphs at Chepstow and make it a hat-trick of wins over fences in the Grade Two William Hill Towton Novices’ Chase at Wetherby on February 1.

Sherwood added: “All being well, we are probably going to aim Dominateur at the Towton. He has got a great attitude, but he only does what he has to.

“He has surprised me as he doesn’t show a lot at home, but what you see there doesn’t necessarily mean that is what you see on the racecourse, where he has been a revelation.

“I think, going forward, he is the sort of horse that will have entries in the RSA, National Hunt Chase and Ultima at the Festival.

“I see him being a classic Welsh National type later in the year. I always thought chasing would be his game.”

Plans have been put on hold for Tarada, who followed up his narrow defeat at the hands of subsequent Grade One winner Slate House with a facile victory at Wetherby over Christmas.

Sherwood said: “He came back from Wetherby not quite 100 per cent. I’m pretty certain it is soft tissue damage, but hopefully it is nothing too serious.”