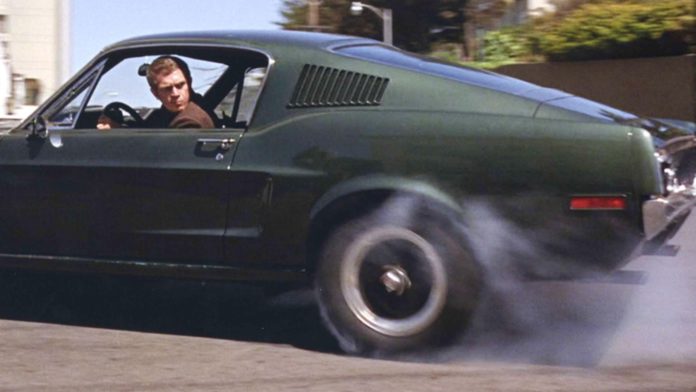 The buyer was not revealed but it was the highest price ever for a Mustang at auction, said David Morton from Mecum Auctions in Kissimmee, Florida.

McQueen drove the Ford Mustang in the classic film, in which he played no-nonsense police Lieutenant Frank Bullitt.

The car was made famous during a 10-minute car chase.

McQueen was filmed with the window down so viewers could see him in the car, although the actor actually shared the wheel with Hollywood stunt driver Bud Ekins, according to film site IMDB.

The Mustang was sold to a Warner Brothers employee and then a New Jersey police detective.

Robert Kiernan of Madison, New Jersey, bought it in 1974 and rejected several offers for the car until he died in 2014.

“I would like to appeal to you to get back my ’68 Mustang,” McQueen reportedly wrote to Mr Kiernan in 1977.

“I would like very much to keep it in the family, in its original condition as it was used in the film, rather than have it restored; which is simply personal with me.”

Mr Kiernan never responded to the letter from McQueen, who died in 1980 at the age of 50.

His son, Sean Kiernan, drove the car across the auction block at Silver Spurs Arena and addressed a crowd of about 25,000 before the bidding started on Friday.

“So we’re going to start it off at that price and go from there.”

After the auction, he added: “As far as Mustangs go, this is it.

“With dad being down in the record books forever, that’s what matters to me.

“I’ve been at peace with the sale for probably eight months now. We’re just having fun with this.”