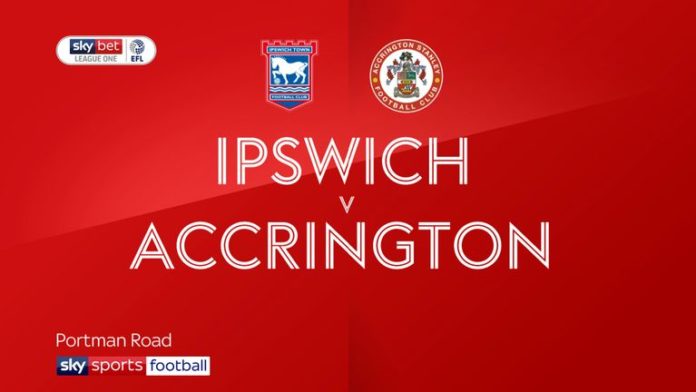 Ipswich brought a run of eight Sky Bet League One games without victory to an end with a comfortable 4-1 win over Accrington at Portman Road.

Goals came from Kayden Jackson after 12 minutes, James Norwood (29), Alan Judge (44) and Will Keane (90). Offrande Zanzala converted a penalty for the visitors in the 86th minute.

The home side took the lead following a move involving Emyr Huws, Luke Garbutt and Flynn Downes whose low cross was forced home by Jackson with Accrington defender Jerome Opoku appearing to get the final touch.

Norwood extended their lead following a lofted pass to the striker from Huws and the Town forward lobbed the ball over advancing keeper Josep Bursik into the net.

Town made it 3-0 just before the break when Judge converted from close range following a smart one-two between Ipswich skipper Luke Chambers and Norwood with Judge firing low under the keeper.

Accrington reduced the arrears when Zanzala converted a penalty after James Wilson was adjudged to have fouled him in the box and Keane made it 4-1 with a rifled low shot inside the post.