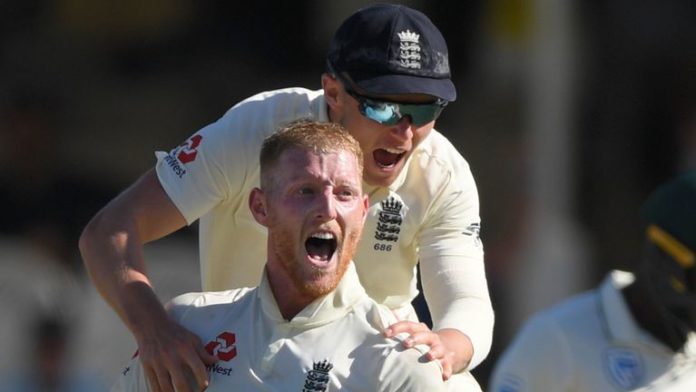 Mark Wood has not played a competitive game since helping England to victory in the World Cup final almost six months ago, but the paceman is finally ready to launch the next phase of his career.

Wood has never been better than he was in the first half of 2019, returning to the Test team with a bang in St Lucia and then playing a key role as Eoin Morgan’s side landed the biggest prize in one-day cricket.

In the Caribbean he had been astonishingly quick, finally emerging as the red-ball destroyer England always hoped he could be, and then locked down the role that brought him 18 wickets in the triumphant World Cup campaign.

Wood sent down his full 10-over allocation in the famous victory at Lord’s, removing key batsman Ross Taylor, but at a cost. When the winning moment came, Jos Buttler’s run out of Martin Guptill, Wood was off the field with a badly torn side that has kept him on the sidelines ever since.

Wood was not considered for the first two Tests against the Proteas but, having built his workload in the nets, he woke up on Saturday – his 30th birthday – with positive news to share.

“I’ll be putting my name in the hat for this next game,” he said.

“I wouldn’t say that I’m 100 per cent because I haven’t bowled the full amount of overs that I should. It is a different kind of intensity and that is why there will be a decision to be made.

“It will be up to the management whether I’ve bowled enough and am ready to go. But if they were to look at my style of bowling and think it could be beneficial then my name is in the hat.”

With James Anderson flying home England do have a vacancy in the seam attack and, even though Wood openly rates himself less likely than Jofra Archer and Chris Woakes to fill it, he insists previous struggles with self-belief are no more.

“If I’m honest I think Jofra and Woakesy are ahead of me in the pecking order,” was his typically frank assessment.

“But I’d love to think this is my period of time, where I’ve got through those hard times, and now I can kick on. I’m not even in the team at the minute but I feel much happier within myself, I feel I’m an England cricketer rather than just someone that’s always pushing to try and get into the team.

“Off the back of 2019, the West Indies trip and the World Cup, I felt I was in great form and great rhythm and that intrinsic feeling of bowling well is what I want to get back to.

“The St Lucia Test is lodged in my mind as one of the best days I’ve had, so if I can replicate that I’ll be pretty happy. Confidence is a massive thing and now I know that I can do it. I know how I can perform, rather than potential, I know now I can deliver if called upon.”

England may be wary of pairing Wood and Archer in the same XI next week, with the latter also working back from an elbow injury, but the idea of the duo pushing each other on as they did during the World Cup is tantalising.

“We have a friendly rivalry over the speed gun,” admitted Wood.

“I do like the idea of the two of us operating together in a Test match, as long as he’s not a mid-off asking me if I’m just warming up when I’ve bent my back.

“In the World Cup final I knew that I’d pipped him. I was clocked at 95.7mph and he was 95.6mph and as we came off the field and into the dressing room I was dying to tell him.”