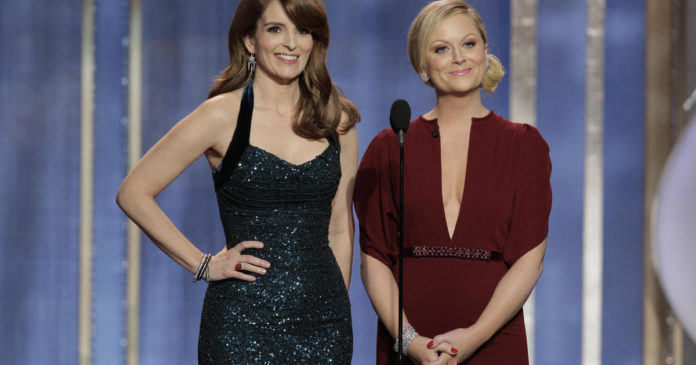 “NBC has long been the home to two of the funniest people on the planet – Tina Fey and Amy Poehler – and we didn’t want to wait any longer to share the great news that they’ll be hosting the Globes once again,” Telegdy said in a statement.

The award-winning comedy icons have starred in countless projects together, including “Saturday Night Live,” “Mean Girls,” “Baby Mama” and “Sisters,” among many others. They hosted the Globes in 2013, 2014 and 2015 to universal praise.

“There’s no denying that Tina and Amy’s comedic chemistry is infectious,” said Lorenzo Soria, president of the Hollywood Foreign Press Association. “We can’t wait to see the dynamic duo return to the Golden Globes stage.”

“Tina and Amy have provided Golden Globes viewers with some of the most memorable moments the show has ever seen,” said Amy Thurlow, president of Dick Clark Productions, which produces the annual event. “We’re thrilled to welcome them back in 2021.”

The date for the 78th Annual Golden Globe Awards ceremony has not yet been announced.