Home Sport Pep will look to Foden when Silva leaves 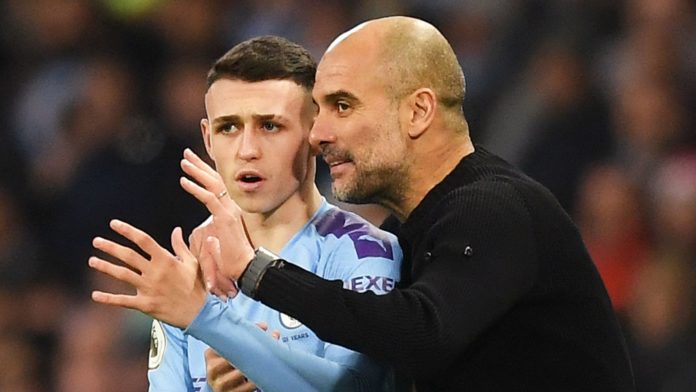 Pep Guardiola is ready to place his faith in “incredible” Phil Foden to fill the void when David Silva leaves Manchester City at the end of the season.

The 34-year-old playmaker announced last summer that this would be his final campaign at the Etihad Stadium.

But rather than look elsewhere for a replacement, Guardiola plans to give the England Under-21 international more opportunities next season, even though the midfielder has started just eight games in all competitions this term.

“Phil is an incredible player but he still has things to improve,” said Guardiola. “Sometimes it takes time to understand exactly what he has to do, sometimes you have to be patient.

“But David is going to leave this season and we are not going to buy any player in his position because we have Phil. We trust Phil. If we didn’t believe in him we might go to the market to replace David, but we have Phil.”

Fellow teenagers Eric Garcia, Taylor Harwood-Bellis and Tommy Doyle have also been tipped for bright futures, having had a taste of first-team action in recent weeks.

Yet, with City still chasing success in two domestic cup competitions and the Champions League, Guardiola admits he cannot afford to take too many risks on inexperienced players.

“I would like to help the young players here but this is a club that is so demanding,” he added. “You have to win games. Even when you win four titles here it isn’t enough – and that is the truth.

“We won four titles last season and it wasn’t enough because we didn’t win the Champions League.

“That is the reality – and the young players here have to compete against incredible central defenders and incredible midfielders.

“It is a tough reality that exceptional players like Phil Foden don’t play the minutes they should because we have other incredible players.”