Home Culture Ariana Grande is performing at the Grammys 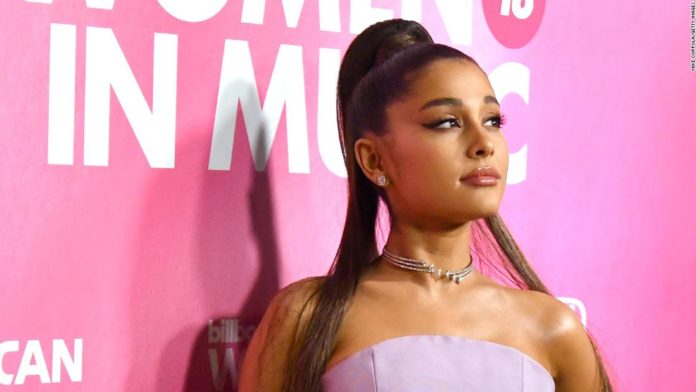 The “Thank U, Next” star announced on her social media accounts that she will be performing at the 62nd Grammy Awards on January 26.
“see you jan 26 ##GRAMMYs @CBS @RecordingAcad,” she tweeted. The Grammys confirmed the news on Instagram.
Aerosmith, Lizzo and Billie Eilish are among others artists performing this year.
Last year, Grande decided not to perform or attend the event after a dispute with the show’s producers.
A source close to the singer told CNN at the time that Grammy producers initially rejected Grande’s choice to perform “7 Rings,” then later agreed on the condition they chose her second song.
The 26-year-old pop star has been nominated in five categories, including album of the year, best pop vocal album for “Thank U, Next.”
She is set to take the stage nearly a month after dropping her live concert album “k bye for now (swt live)” and endinig her Sweetener World Tour in Los Angeles.