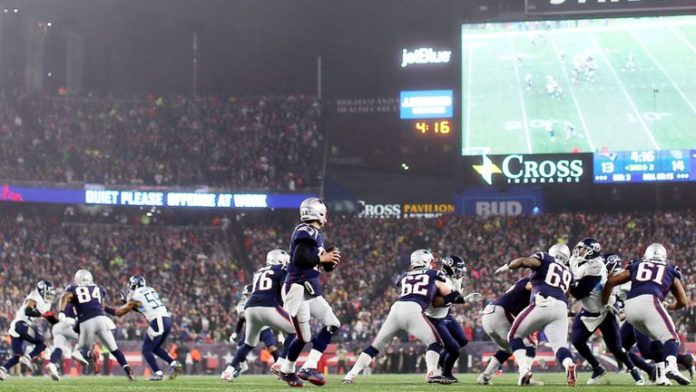 Tom Brady does not plan on making a quick decision about his future as the New England Patriots quarterback readies himself to hit free agency.

Brady is planning on playing a 21st season in the NFL but it remains open for the 42-year-old to throw his first pass as a member of a different team.

He will officially become a free agent on March 18 and admits he is unsure what might transpire with the Patriots, whose owner Robert Kraft commented earlier in the week he would rather see Brady retire than play for another franchise.

Brady’s season came to a disappointing conclusion last weekend when he struggled during a 20-13 wildcard round defeat against the Tennessee Titans, who are now only one win away from the Super Bowl.

“I have no decision that I have made, and there won’t be for some considerable time,” Brady said in an interview with Westwood One.

“The contract things, a week after the season, I would say these things haven’t even started to pick up. It’s really not my concern at this point.

“It’s been about decompressing and resting my mind a little bit and resting my body and spending time with the people who have supported me over the last six months.

“When people aren’t talking about this season, they want to talk about next season, and the reality is that next season is quite a way away.