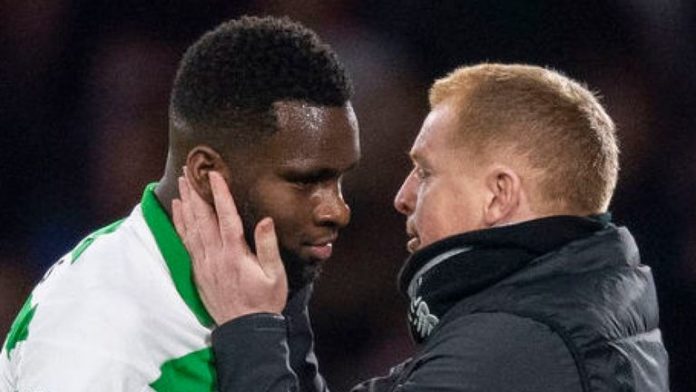 Celtic manager Neil Lennon is hopeful of getting his first January signing in the coming days.

Lennon is keen to find attacking cover for Odsonne Edouard, with Leigh Griffiths and Bayo having been ruled out for an extended period.

Speaking from his squad’s Dubai training camp, Lennon told Celtic TV: “We have had three or four important calls between the staff and the club and obviously patience is the key.

“January is a difficult month to bring players in. Other clubs know that when you are the buying club, agents do as well.

“However, we have a number of options and got our eye on a few players and hopefully we will have a result in the next few days.”

Lennon may also look to bring in a wide player in January, with Scott Sinclair having left to join Preston and Lewis Morgan on the verge of a move to David Beckham’s MLS franchise, Inter Miami.

Mikey Johnston and Mohamed Elyounoussi have also been carrying knocks in recent weeks.

Lennon added: “Already a couple of players have left in Scott and Lewis, we might streamline it a little bit more, but across the board we are looking to bring a few players in.”

The Celtic boss has also been encouraged by the showing of another two wide players in Dubai.

Daniel Arzani is closing in on a comeback after a lengthy lay-off from the knee injury he suffered on his Celtic debut in October 2018.

Meanwhile, Marian Shved could make only his third appearance of the season as the defending champions prepare to begin their Scottish Cup campaign against Partick Thistle on Saturday.

“They have all trained well. It’s good to see Daniel Arzani back and Marian Shved has had a good week,” added Lennon.