Home Sport Nadal calls for one ‘World Cup’ of tennis 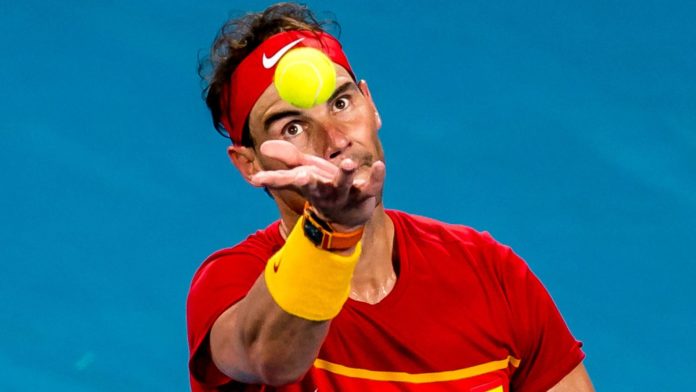 Rafael Nadal has called for one ‘World Cup’ of tennis to be played as opposed to there being two in the space of two months.

The world No 1, who won the Davis Cup with Spain in November and was a runner-up at the ATP Cup, shared his perspective in Sydney after the culmination of the second team tournament.

“I think that it’s [ATP Cup] a great competition, but at the same time, I can’t change my mind that two World Cups (within two months) is not real. So is not possible,” he said.

“I think that’s a confusion for the spectators, and we need to be clear in our sport. For the health of our sport and for the benefit of our sport, in my opinion, it’s mandatory that we fix it.”

Nadal played six singles matches in the 10 days at the ATP Cup, he won four of them and added a further two doubles matches to his tally.

Despite the Australian Open starting shortly, he doesn’t feel that the ATP Cup is too close to it.

“I think it’s a great competition. I’m excited to be part of it and excited to represent my country.

‘”I enjoyed a lot over the week-and-a-half with my friends on the team. The organisation have been fantastic, honestly. Just my mind is that we need to create one special thing, not two.”

Other players, including the world No 2 and now ATP Cup winner Novak Djokovic, have also urged the tennis hierarchy to come up with one championship.

At the start of the ATP Cup, Djokovic supported Nadal’s words. He acknowledged that change wouldn’t happen straight away but urged swift action.

“If the ITF, the Davis Cup and the ATP get together very quickly, it can happen possibly for 2022,” he said.

“I hope it will happen because it’s kind of hard to get top players to commit to play both events – the Davis Cup and the ATP Cup.

“They’re six weeks apart, so they’re not really helping each other in terms of marketing, in terms of the value of the event, and so forth.”