Home Sport Suarez out for four months after knee surgery 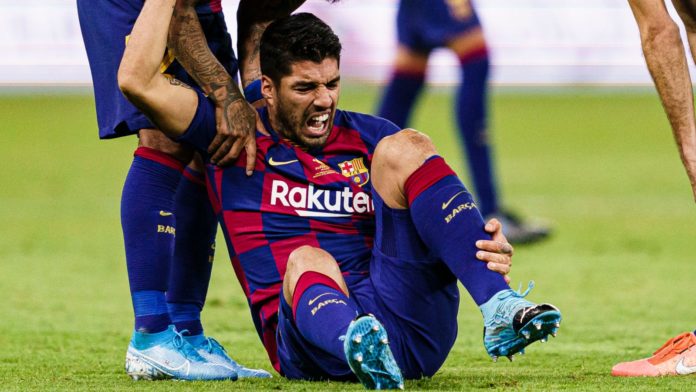 Barcelona striker Luis Suarez has been ruled out for approximately four months after having keyhole surgery on an injury to his right knee.

The former Liverpool striker, 32, played the entire match as Barcelona were beaten 3-2 by Atletico Madrid in the Spanish Super Cup semi-final on Friday.

Suarez – who had surgery on the same knee at the end of last season – has played 23 games for Barcelona this season, scoring 14 goals.