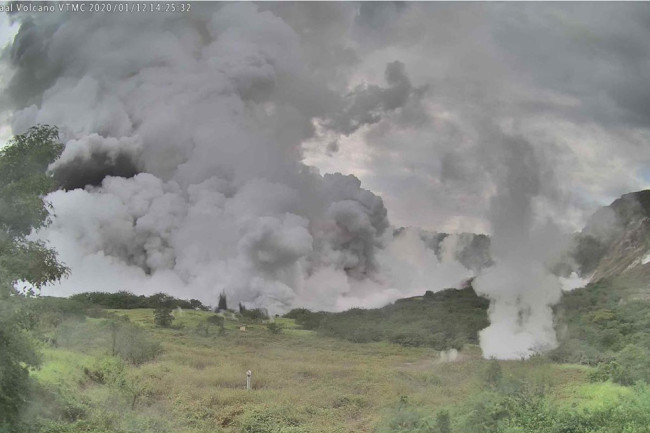 Steam and ash near the vent on Volcano Island at Taal in the Philippines, seen on January 12, 2020. Credit: PHIVOLCS.

Few volcanoes on Earth pose as much of a potential threat to human life than Taal in the Philippines. The caldera volcano that last erupted in 1977 has over 24 million people living within ~60 miles (100 km). It has the potential for large explosive eruptions that could spread ash across much of the Philippines, including Manila.

On January 12, Taal woke up from its over 40 year slumber, producing an explosive eruption from its central vent inside Lake Taal. The continuing explosions from has been sending steam ash up over 32,000-49,000 feet (10-15 km) over the volcano. Ash fell on many towns near Taal and the international airport at Manila closed in response to the ash in the air. Thousands of people living on the shores of Lake Taal have been evacuated due to the threat of a potential tsunami in the lake if a larger eruption occurs. 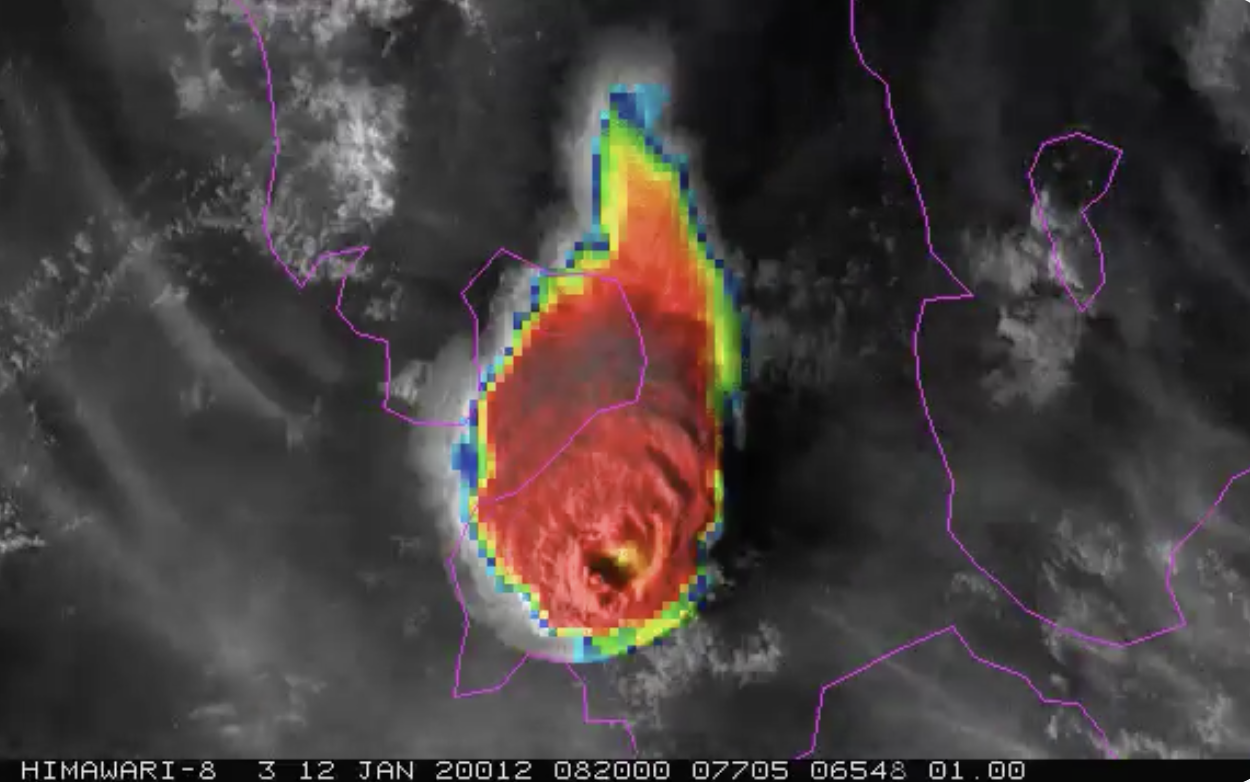 The eruption has been producing some spectacular volcanic lightning as well – you can see lots of images of the eruption here. The PHIVOLCS webcam on Volcano Island in the caldera caught the eruption starting (until it was taken out by the eruption). NOAA also posted a time-lapse of the growing ash plume seen by the Himawari-8 weather satellite (above).

PHIVOLCS, the volcano monitoring agency of the Philippines, said the first of the new explosions was a phreatic eruption. This means they think the blast was being driven by steam in the vent area rather than new magma reaching the surface. Phreatic eruptions can happen unexpectedly even at volcanoes that are not restless as all they require is the heat inside the volcano and water.

Taal has been showing signs of unrest for the past year, with increasing gas emissions, earthquakes and deformation. This all could mean that new magma is moving under Taal and this phreatic blast is just another sign that Taal is heading towards a potential new period of activity or larger explosions. The fact that the eruption has continued for hours suggest that new magma is indeed being fed into the vent. If larger explosions occur, there is the potential for pyroclastic flows and heavy ash fall from the volcano. 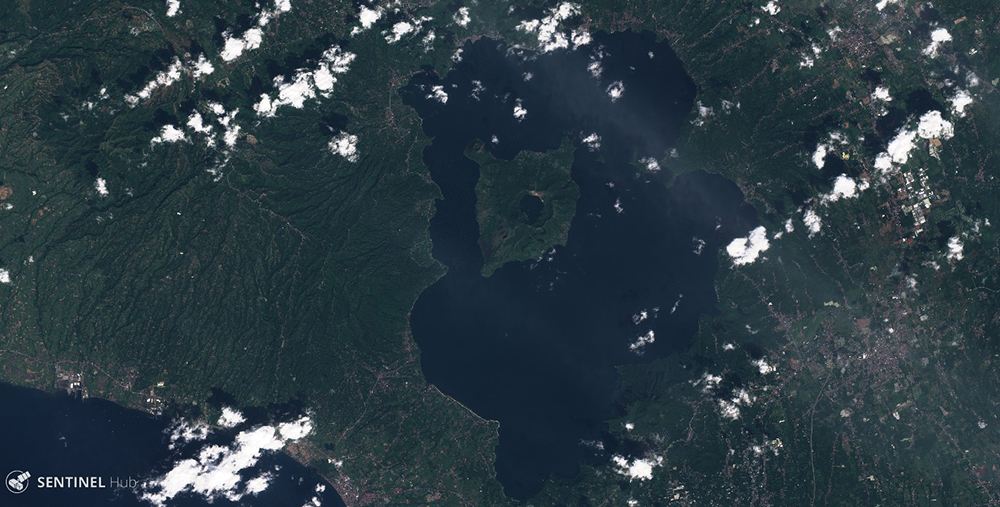 Taal itself is a massive caldera tens of miles acrossI (see above) with a volcanic cone in the lake. In 1965, Taal produced a VEI 4 eruption that covered tens of square miles with up to 10 inches (25 centimeters) of ash and killed hundreds of people. That eruption was from the central island in Lake Taal and was phreatomagmatic — an eruption driven by mixing water and magma. Adding water can enhance the explosivity of an eruptiuon, so more ash produced.

Where Taal heads with this new activity will need to be closely watched. Hazard maps for Taal show the danger to those living near the volcano. The large population and potential for explosive eruption at this caldera mean that the ingredients are there for a disaster. Luckily, PHIVOLCS has been carefully monitoring the volcano, so hopefully people will listen when they say it could be time to leave.