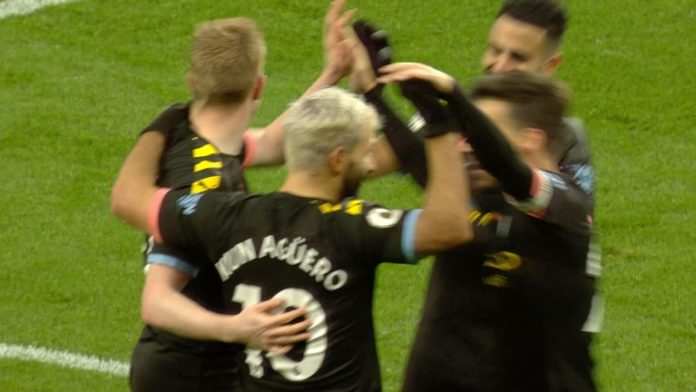 Manchester City striker Sergio Aguero has set a new record for the most Premier League goals by an overseas player.

Aguero scored a hat-trick against Aston Villa to surpass Thierry Henry’s record of 175 goals, and also go past Alan Shearer’s hat-trick record with his 12th treble in the top flight.

??? @aguerosergiokun is the top scoring non-Englishman in @premierleague history, and only @WayneRooney has scored more PL goals for a single club pic.twitter.com/5s0KwxKw0v

Aguero’s record is even more impressive given that he only moved to England at the age of 23 from La Liga side Atletico Madrid.

When English players are included, Aguero is fifth in the all-time Premier League standings.

The league’s goalscoring record is held by Shearer, who scored 260 times, including 11 hat-tricks, during spells at Southampton, Blackburn and Newcastle.